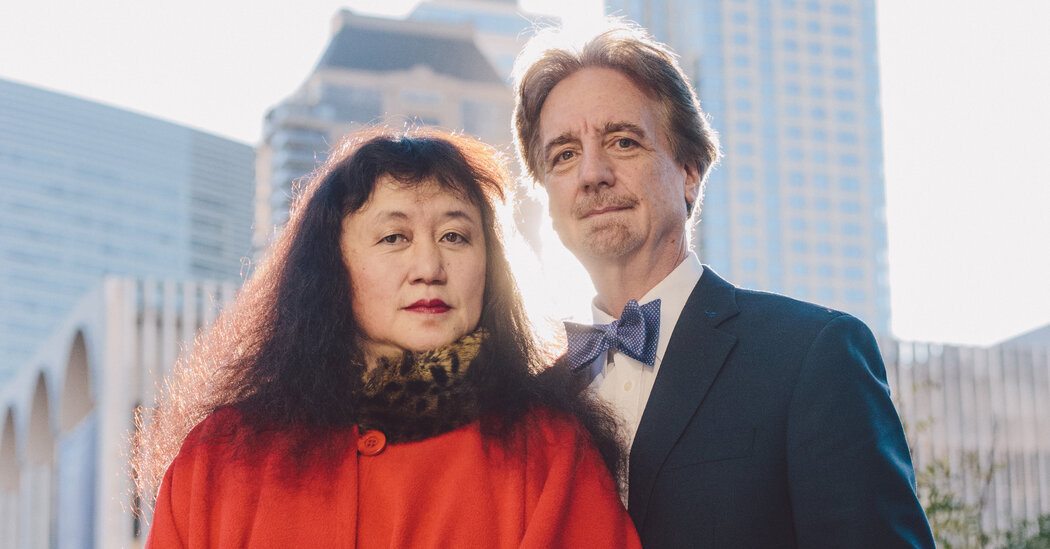 Inside the offices of the Chamber Music Society at Lincoln Center, an old letter from an alarmed listener hangs.

“The accordion is not a chamber music instrument,” breathes the letter, written after a concert with a Bach sonata transcribed for cello and accordion. â€œPlease don’t force this on your loyal audience anymore. “

Sentiment gives an idea of â€‹â€‹the great passions aroused by small adjustments to the company’s programming. Since becoming artistic directors of the organization in 2004, the husband-and-wife team of David Finckel and Wu Han have grappled with these passions, which fuel an often heated debate about the future of classical music.

There are concerns whenever the company, which presents more than 100 concerts a year in New York City and beyond, even slightly deviates from traditional crowd pleasures, including works by Bach, Mozart and Beethoven. Others said the organization should be more adventurous and do more to showcase the work of living composers, who are rarely featured on the main stage at Alice Tully Hall. (Of nearly 100 works in his Tully series this season, two are by living composers; none were written in the 21st century.)

Reviewing the company’s opening night last month in The New York Times, Zachary Woolfe berated the organization for “extreme conservatism, even by the lowest standards of classical music.”

In an interview, Finckel, cellist, and Wu, pianist, discussed this criticism, as well as the impact of the pandemic and the return of live concerts. These are edited excerpts from the conversation.

While several of your concerts in New York this season have been packed, it’s unclear whether audiences will show up for culture like they did before the coronavirus. Are you concerned about the future of arts organizations?

WU HAN The future of the arts is actually brighter than before. The appreciation of music has increased tenfold because you realize how important it is in your life. For me, walking on stage now is always incredibly emotional. I don’t see how it will ever be the same after this pandemic.

How has the pandemic changed you and your organization?

DAVID FINCKEL In Soviet Russia, Communist China, people were literally prevented from hearing music – not by disease, but by government laws and censorship. This is how I, as a privileged American, can feel an even deeper kinship with people who lived in Germany in the 1930s, or in the 1940s and 1950s in China, and certainly with the Union. Soviet under Joseph Stalin.

The pandemic has taken its toll on the arts and forced dozens of your concerts to be canceled. You’ve made the decision to pay artists 50 percent of their promised fees and add 75 percent more when those dates are postponed. How did you approach planning for the future?

FINCKEL Now we have a few kinds of hybrid seasons where there are postponed schedules. It never occurred to us to say, “Oh, because we couldn’t do it, it’s not good, it’s old, it’s like food that you throw in the fridge. “. These programs do not expire. They are always there waiting for a new life.

You’ve been criticized for not doing more to present new music, especially at concerts at Tully Hall, your main stage. Can you explain your approach to programming?

FINCKEL We never want to force people to listen to music that they don’t want to listen to because we think it’s good for them. We’ll make educated guesses about what we think they might like and what they’ll hang on to. And in these cases, we pull the neck.

Is the Chamber Music Society doing enough to champion new music, almost all of which is played in venues much smaller than Tully?

In a recent Times review, Zachary Woolfe, while hailing your performances as “generally of an impeccable quality,” said that your opening night lineup last month showed a “blind vision of music” which ” sums up what the company presented for sometimes. â€What’s your response?

FINCKEL I’m just sorry for this point of view. The person misses so many opportunities for fun. I mean, there is more variety and diversity in a single Haydn string quartet than you can find in a hundred works by other composers. Our repertoire covers 500 years of music. Do you know how much variety there is in those 500 years?

How do you judge the success of your concerts?

FINCKEL We use ourselves to judge, because we know when we hear a concert whether it has met our expectations and hopes as a good program or not. We know if we played well or not. We know if our artists have performed well. We consider ourselves sufficiently experienced to be the ultimate judge and rely on this experience to move the organization forward. We take the blame.

WU When the room is completely empty, when no one wants to come and listen to our programming, when we are done playing and there is no applause, when people hate it so much that they don’t want to come see CMS – this is when we have a problem. We are far from it.

What do you think are your main challenges in the years to come?

FINCKEL People find it difficult to sit still. Attention spans are getting shorter and shorter. The only thing that doesn’t change is the length of a Schubert trio. You can’t make it shorter and you can’t play it faster. You cannot cut sections of it. Art is what it is.

We have this religious faith in the power and quality of this art form – that it will grow like grass grows through concrete. It doesn’t matter how much concrete you put down; the grass will always rise.