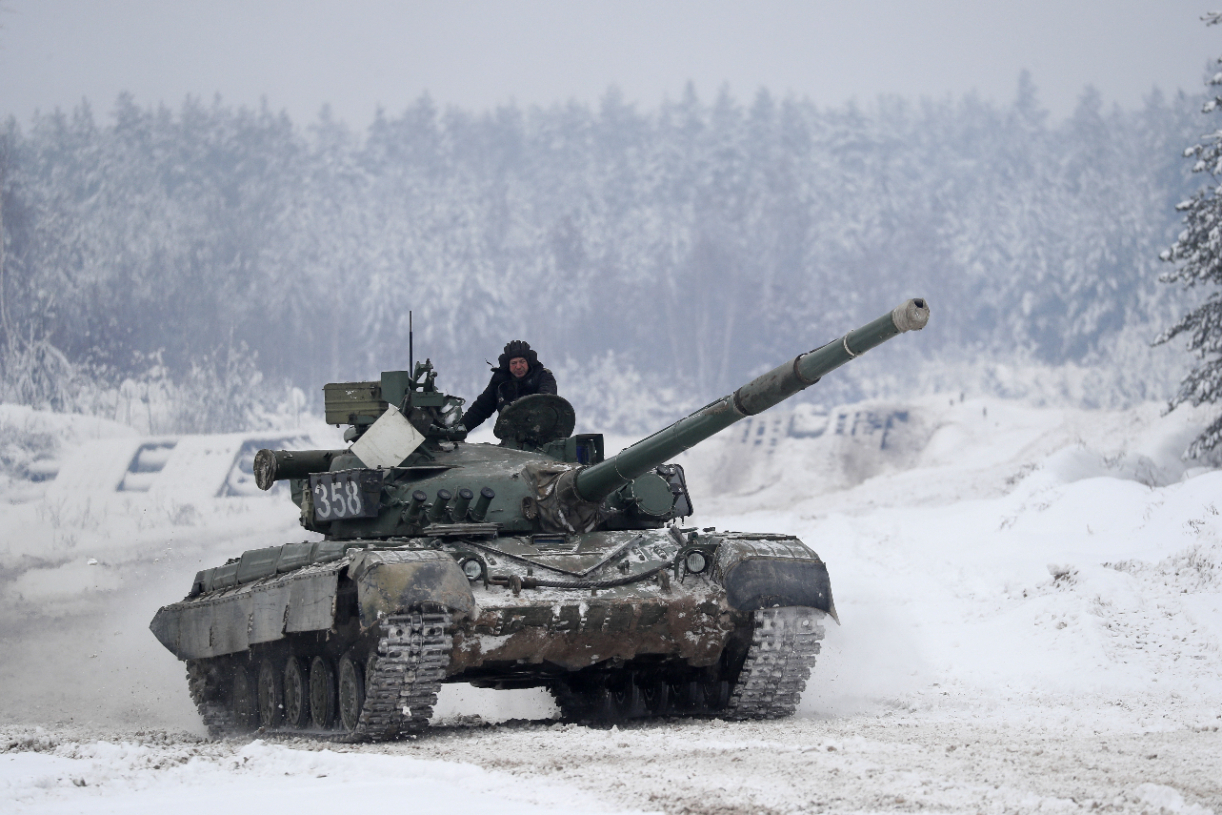 Could Kazakhstan suffer the same fate as Ukraine?

The Russian invasion of Ukraine established new strategic realities in Eurasia and made it clear that Russia is prepared to go to great lengths to advance its interests. While there are still no real signs of de-escalation in Ukraine, Central Asia waits anxiously, wondering who Russia’s next target will be.

Russia is seeking to regain the great power status it lost with the collapse of the Soviet Union by undermining the current security architecture in neighboring countries and revising the terms of the post-Cold War order. Putin’s repeated assertion that he must use military force to protect ethnic Russians serves as a warning to Russia’s other neighbors, particularly the former Soviet republics of Central Asia, which have large Russian-speaking populations or ethnically Russian. Given Russia’s desire to return to its former glory, experts are now speculating on the country’s next steps. Many argue that Russia could see its southern neighbors as attractive and less risky targets in its near abroad.

Kazakhstan could be a likely target in Putin’s efforts to reverse the collapse of the Soviet Union, which he called the “greatest geopolitical catastrophe” of the 20th century. Kazakhstan’s large Russian minority, mainly concentrated in the north and east along its border with Russia, makes Kazakhstan a very vulnerable figure. Moreover, Putin has repeatedly described Kazakhstan as part of the Russian world, going so far as to say that former Kazakh President Nursultan Nazarbayev “created a state on a territory where there had never been a state “.

The invasion of Ukraine may have seemed surprising, but the scene had been set for some time. Many felt that Russia would be unwilling to absorb the perils and costs inherent in a military invasion. However, the attack on Ukraine, allegedly carried out to protect the ethnic Russian population in the east, has generated considerable mistrust of Russia’s compatriot policy among Russia’s neighbours, particularly Kazakhstan. The word “compatriot” offers wide scope for interpretation as to who constitutes an eligible beneficiary of Russia’s protection, and Russia claims to have a duty not only to protect ethnic Russians, but also Russian-speakers and compatriots in outside the borders of Russia. It is important to note that the Russian law on “compatriots abroad” includes “those who were born in the Soviet Union and now live in states that were once part of the Soviet Union”.

Russia has often accused the Kazakh government of trying to restructure its national stratification system in favor of ethnic Kazakhs. Some experts believe that social trust between the authorities and the Russian-speaking population could be undermined if Kazakhstan continues the language policies implemented by Education and Culture Minister Askhat Aymagambetov. If that happened, Putin could use the supposed need to protect ethnic Russians to justify military intervention.

The Kazakh response to the invasion

Kazakhstan’s response to the Ukrainian crisis has reflected its existential realities. Not wanting to antagonize Moscow or allow a precedent to be set for border revisions, President Kassym-Jomart Tokayev refrained from categorically condemning the Russian invasion while calling for the preservation of Ukraine’s territorial integrity in under a negotiated settlement.

Under Tokayev, Kazakhstan has done well to maintain a delicate balance, resisting overt Russian efforts to dominate its political sphere while allowing Russia to play a greater role in regional trade and security issues. However, the political unrest of January 2022, which was suppressed by the collective efforts of Kazakh security forces and more than 2,500 troops from the Russian-backed Collective Treaty Security Organization (CSTO), gave the Russia a considerable influence on Kazakhstan. As a result, many analysts believed Tokayev would be beholden to Moscow after the CSTO intervention cemented Tokayev’s grip on power in the face of violent upheaval.

Nevertheless, Tokayev’s government showed greater independence from Moscow than expected, adopting a completely neutral stance and apparently rejecting a Russian request for Kazakh troops to join the fight in Ukraine. Kazakhstan is seeking a balance between distancing itself from Russia’s invasion of Ukraine and not antagonizing its powerful ally and neighbor.

It is feared that any future protests will give Russia an opportunity to truly dominate Kazakhstan’s domestic sphere. If unrest sparks protests in the Russian-majority regions of northern Kazakhstan, Russia may have a justification for intervening under the oft-repeated pretense of protecting ethnic Russians. Experts believe that any Russian invasion of Kazakhstan would be swift, as Kazakhstan’s limited military forces would be unable to offer significant resistance to Russia. The geographical reality undoubtedly makes Kazakhstan even more exposed. Worse still, NATO is also unlikely to support Kazakhstan militarily.

The probability of an invasion

Nevertheless, a Russian invasion of Kazakhstan appears to be an unlikely scenario. The contrasts are striking between Ukraine and Kazakhstan. Ukraine was increasingly seen as a threat to so-called “Russian interests”, and the kyiv debate over NATO membership provided Russia with much to construct a contradictory image of Ukraine. ‘Ukraine. There is no such dynamic when it comes to Kazakhstan, a country without the symbolic and geopolitical significance that Crimea and Ukraine hold in Russian consciousness.

Studies have shown that Moscow’s appeal to ethnic Russians in Kazakhstan is significantly hampered by the treatment of Russian speakers resettled in the Russian Federation. There is a growing acceptance of Kazakh traditions among young Russian speakers, which is fostered by close inter-ethnic contacts. Tokayev’s policy has so far succeeded in avoiding any marginalization of the Russian minority. Additionally, Russia’s ability to use the ethnic Russian population in Kazakhstan as a tool for its hybrid activities appears to be limited, as the ethnic Russian population seems willing to adopt the Kazakh national identity.

Beyond the dynamics in Kazakhstan, the Russian economy is currently suffering from severe sanctions, and impending oil supply restrictions could make any future military adventure prohibitively expensive. Moreover, the cost of rebuilding a battle-worn army would significantly strain Russia’s ability to start a new business elsewhere.

China has become a key player in Kazakhstan, primarily as a customer of gas and oil from Central Asia. Today, around 20% of China’s gas imports come from and transit through Kazakhstan, and Beijing has provided the country with substantial loans and established numerous joint ventures with Kazakhstan. Although China’s presence in Central Asia does not necessarily conflict with Russian interests in the region, any act of war against Kazakhstan would harm Chinese interests in the region. In light of China’s support for Putin during the Ukraine crisis, the cost-benefit analysis is more important to Chinese interests than any perceived threat to Russia. Unless Russia faces an undeniable challenge to its interests in Kazakhstan that challenges existing borders, Putin could find himself in a tough spot with any aggressive action against Kazakhstan.

Even if the Ukrainian script were to be used, Moscow would have to demonstrate that any instability is a direct and imminent threat to Russian-speaking communities in Kazakhstan, a highly unlikely scenario. Otherwise, Russia’s immediate goals in Kazakhstan would be better served by focusing on preventing a move away from Russian integration structures, such as the Commonwealth of Independent States and the Eurasian Economic Union, rather than military intervention. pure and simple.

Sajid Farid Shapoo holds a Ph.D. a researcher in security studies at Princeton University and a highly decorated Indian Police Service officer (two-star general). The opinions expressed are his own.