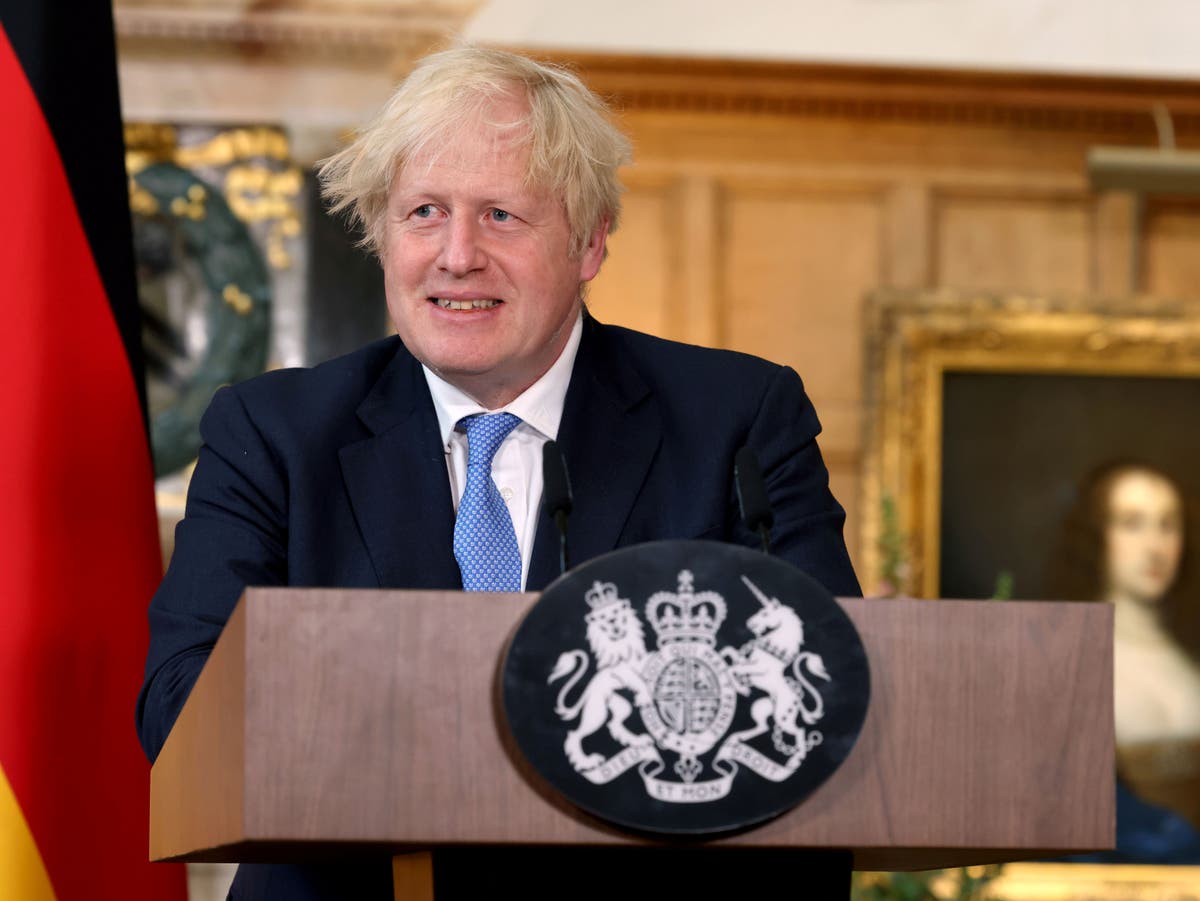 Boris Johnson is set to announce that social distancing will be removed in England from July 19, as people will be asked to use their own judgment to manage the risk of Covid-19.

The Prime Minister will lead a press conference in Downing Street on Monday where he will say the country must “learn to live with this virus” as scientists fear the government is moving too fast to end all restrictions.

Scientists have warned that such a move could lead to the emergence of a more transmissible and potentially resistant variant of the vaccine in the UK, as cases continue to rise across the country.

On Monday morning, Care Minister Helen Whately declined to say Covid-19 was ‘under control’ but argued the government did not expect rising case rates to lead to a significant increase hospitalizations due to successful vaccines.

“That’s a critical difference now: yes, cases are going to continue to increase for a while, but we just aren’t seeing the same increase in hospitalizations as in the past due to the immunization schedule,” Ms. Whately. mentionned.

A government minister declined to say Covid-19 is “under control” as infections rise ahead of an announcement to lift lockdown restrictions later this month.

Helen Whately told BBC Radio 4 Today show that case rates were likely to rise when restrictions are lifted, but ministers did not expect a similar increase in hospitalizations in the coming weeks.

Our political correspondent, Jon stone, has the full story below:

Minister cannot say what she will do under new Covid rules

Care Minister Helen Whately was unable to say earlier today what she will do after July 19, when Covid restrictions are lifted and the government encourages people to take responsibility personal safety.

Ms Whately was interviewed by BBC breakfast‘s Dan Walker for an example of when she personally thought he might be responsible for wearing a face mask.

She replied, “Well, personally what I’m going to do is take our advice when it’s appropriate to wear one …”

When the presenter insisted on what she meant by that (as the advice seems to suggest that people will be able to choose whether they want to wear a face covering), Ms Whately insisted that more details would come more. late in the day.

You can find his comments below:

Minister cannot say what she would do under the new rules

Labor’s shadow housing secretary said the lockdown restrictions must be lifted in an “irreversible and measured manner” with clear communication led by science advice.

“Like everyone in the country, we want these restrictions to end as quickly as possible,” Lucy Powell told Sky News.

“But what we want to see is that we do it in an irreversible and measured way, in a way that is well communicated, which is well understood, which has scientific advice and expert opinion at first. plan.

“And that it’s not just another case, I’m afraid, of ministerial stop-start and say it’s ‘freedom day’ and then at the last minute to pull things back or to change that. “

Health Secretary Sajid Javid will brief MPs on the government’s response to Covid-19 with a statement at 5 p.m., the Commons chief’s office said.

The minister’s statement is expected to coincide with Boris Johnson’s press conference on plans for the next stage of England’s roadmap – the so-called ‘Freedom Day’ on July 19.

A member of the Government’s Scientific Advisory Group for Emergencies (Sage) said he could continue to wear a mask after July 19, despite being vaccinated against Covid-19.

” I will probably [wear a mask] in certain contexts, but it must be remembered that wearing a mask serves above all to stop transmission rather than acquisition, so it is the people who have the symptoms, who should really stay at home, who are going to be the risk here, rather than the people walking around who are doubly vaccinated. They are much less at risk.

He added that the link between serious illness and hospital admissions was “being broken with cases in the community” as there were now “many more people” hospitalized under the age of 50 who are mostly unvaccinated.

“They are not seriously ill, they are getting sick enough to take time off work, sick enough to come to the hospital, and some of them will have Covid for a long time, but we are not seeing large scale death and the heavy, heavy burden on the intensive care units that we saw in waves one and two, â€said Professor Semple.

Our journalist, Joanna taylor, has details below on when Boris Johnson is expected to give his last update on the planned easing of lockdown restrictions on July 19:

Schools across England are ‘bleeding’ as quarantine rules force thousands of children and teachers to self-isolate, significantly disrupting education for young people, the government has been told.

Gerard Jones, the director of children and youth at Oldham Council, said The Guardian that the current quarantine bubble rules risked “leaving the country’s most vulnerable children” with schools struggling to stay open.

Mr Jones said 400 staff and more than 6,400 children were isolated in Oldham alone.

â€œWhat we get from the government is ‘be patient’ and the education ministry has simply refused to say much about it. Meanwhile, we are bleeding here, â€he told the newspaper.

â€œThis is not only a problem that Oldham faces, but it is also seen in Greater Manchester with thousands of pupils affected. Children in the North risk being left behind – by the time the exams take place, children in the wealthier neighborhoods will have received much more education.

â€œWe need a new plan for daily testing and a reformed approach to how we deal with Covid in schools and we need it not in three months but now. “

Education Secretary Gavin Williamson has said school bubbles could be removed on July 19 as part of the latest stage of the roadmap on lockdown restrictions.

Care Minister Helen Whately said the government wanted to ask people to take “personal responsibility” to protect themselves from Covid-19, as she admitted she could continue to wear a face mask in certain scenarios .

However, Ms Whately was not sure when exactly she would consider wearing a face covering …

You can find his comments below:

Care home visits are unlikely to “fully return to normal” after the final stage of the July 19 exit roadmap, the Minister of Care admitted.

“We will be taking further action under step 4 of the roadmap,” Helen Whately told Sky News.

â€œI don’t think the visits will be completely back to normal. It will take a few more precautions.

“It’s step by step, to get things as close to normal as possible, while protecting those most at risk of Covid.”

Professor Stephen Powis said the NHS is ‘used to dealing with pressure’ and is ready to deal with the growing number of Covid infections.

“The NHS faces pressure all the time and there is no doubt that as the number of hospitals increases over the next few weeks we will have to deal with this pressure,” said Professor Powis, national medical director from NHS England, said BBC breakfast.

â€œA&E is busy again as life is getting back to normal, but we’re quite used to dealing with the pressures, we do it every year and every winter.

â€œSo we’re ready and, as you’ve seen over the last 18 months of the pandemic, the NHS will come out of it. “

Kwibohora 27: Rwanda’s envoy to Belgium talks about his journey of transformation | New times