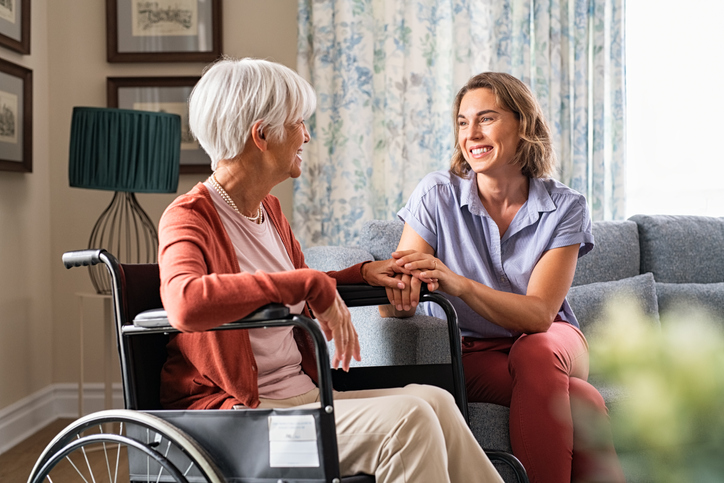 May is American Seniors Month, a time to recognize the contributions seniors make to our society. Perhaps the day should also recognize how their growing numbers are changing the nature of intergenerational relationships.

A longer life means an increased chance that grandparents will know their grandchildren and even their great-grandchildren. Yet longer lifespans also pose challenges to ensuring that people who live to their 80s or 90s have the material, social and emotional resources they need to enjoy their lives.

The new reality for many families is that this demand for material, emotional and other support will only increase with a population that lives longer. Whether adult children can and will be willing to provide more for the support of their parents is an important question. Since the introduction of social security and health insurance, families are no longer expected to support their parents or pay for expensive medical care. But this institution is changing.

Many of us probably don’t know that 29 states, plus Puerto Rico, have filial piety laws. Texas does not. These stipulate that family members must contribute materially to the maintenance of their dependent relatives. These laws are rarely enforced, largely because it’s not worth trying. But the existence of such laws raises the moral question of who should be responsible for dependent aging parents. Should their care and support be entirely the responsibility of the state, or should the family, and possibly be required, to provide at least some support?

Over the past 50 years, the transition from traditional to post-traditional society has profoundly changed family life. The decisions of adult children are no longer determined by strict rules and standards. The United States has one of the highest divorce rates in the world. More than 75% of divorced people remarry, which means that 40% of families form blended households. In light of these statistics, should an adult child be responsible for stepparents? In most cases, it is unrealistic to expect adult children to support their parents financially and pay for their medical care. Rising health care and housing costs mean children simply don’t have the resources to care for their parents, pay for their own children’s college education and plan for their own retirement.

Children of parents who haven’t spared or behaved irresponsibly can blame themselves, and this abandonment of an aging parent by adult children happens more often than you might think. The Centers for Disease Control and Prevention estimate the prevalence of elder abuse to be around 10%. Although research is limited, the United States Securities and Exchange Commission has found that older adults with severe cognitive impairment are particularly vulnerable. This includes financial abuse, physical and emotional abuse and neglect of adult children, among others.

Ultimately, the question is: who is responsible for caring for aging parents? The refusal or failure to fulfill any part of a person’s child care and support obligations is looked down upon in our society. When children become adults, should it be the other way around? Should children be required to care for their aging parents?

Almost every state has said yes in the past, but that expectation has faded. In theory, the possibility of enacting and enforcing these laws will be raised in the future as states face increasing spending on Medicaid and support for the poor and infirm elderly. But research shows that if law enforcement forces adult children to bear financial responsibility for their aging parents until they die, these laws risk undermining family solidarity and closeness. Such laws and new ones could create intergenerational tensions.

As the baby boomer generation continues to age, this debate will only continue. May is a month to celebrate our older generation, but who will care for this longer-living population is a question we will all have to grapple with.

Jacqueline L. Angel is the Wilbur J. Cohen Professor of Health and Social Policy at the University of Texas at Austin.

A version of this editorial appeared in the Austin American-Statesman and the San Antoino Express News.