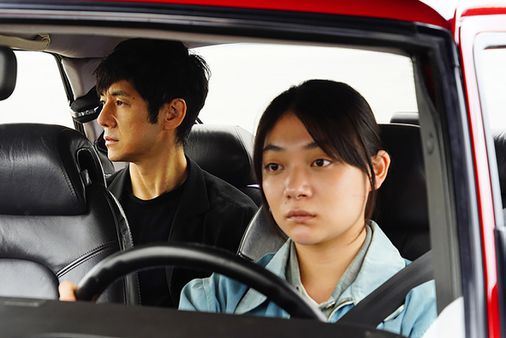 the Boston Society of Film Critics met on Sunday to vote on its annual awards. The big winner was “Drive my car,” RyÅ«suke Hamaguchi’s film adaptation of a short story by Haruki Murakami about a director unexpectedly confronted with his ongoing grief. The Japanese drama won the award for best film, best actor, for Hidetoshi Nishijima, best director, for Hamaguchi, and best scenario for Hamaguchi and Takamasa Oe. The film opens here on January 14.

When a best film winner is a foreign film, the BCSF appoints an English-speaking winner. It was the western of Jane Campion “The power of the dog” who also won best photography, for Ari wegner.

Best Actress honors went to Alana Chaim, in â€œLicorice Pizza,â€ With Paul Thomas Anderson’s coming-of-age story set in Southern California in 1973, The Movie, which opens on Christmas Day in Boston, also won Best Ensemble. Troy Kotsur won the award for best supporting actor, for “CODA”, in which he plays the deaf father of a hearing daughter; and Jessie buckley won the award for Best Supporting Actress, for “The Lost Daughter”, based on the novel by Elena Ferrante, which will be released here on December 17th. The director of this film, Maggie Gyllenhaal, won the award for best new filmmaker. The award is named after the late David Brudnoy, long-time BSFC member.

Other winners include â€œSummer of Soul (… Or, when the revolution couldn’t be televised)Â», About the Harlem Cultural Festival of 1969, for the best documentary and, for the best animated film, “To flee,” a non-fictional account of the odyssey of a refugee from Afghanistan to Denmark.

Jonny greenwood won Best Original Music, for the biopic about Princess Diana “Spencer” and Affonso GonÃ§alves and Adam kurnitz won the award for Best Editing for ‘The Velvet Underground’, Todd Haynes’ documentary about the 60s rock band. This award is presented in honor of the late Karen schmeer, best known for her work with documentary filmmaker Errol Morris.

The company also offered commendations to Goethe-Institut Boston; Boston ReelAbilities Film Festival; Bestor Cram, â€œFor its decades of making quality non-fiction films and its commitment to progressive political, social and historical documentary work; the Coolidge Corner Theater Halloween Horror Marathon; and Tributes to Luther Price and Barbara Hammer, presented by the Revolutions Per Minute Festival and hosted by the Brattle.

Mark Feeney can be reached at [email protected]