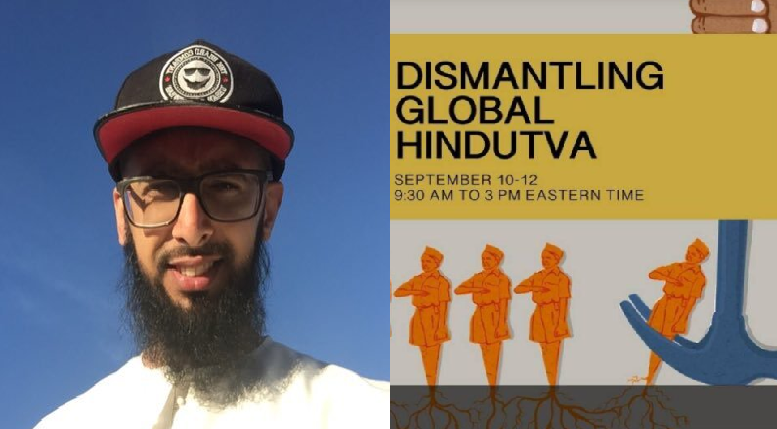 Pan-Islamists’ religiously motivated attacks on Hindus in the UK have relied on a systematic disinformation campaign. The entire episode raises many questions about security, policing, and community relations. It is the disinformation campaign, however, that requires maximum attention as it has successfully introduced the specters of Hindutva and Hindu nationalism into mainstream British news channels as a force that actually exists in the UK. Understanding disinformation strategy is crucial as it has defined the format of future campaigns.

Although the physical attacks seem to have ceased for now, the misinformation will continue. Five main strategies make up the disinformation campaign which aims to create a negative image of Hindus to prepare justifications for attacks on Hindus. The misinformation leading up to the actual attacks was designed to evoke feelings of contempt for Hindu victims in the UK and global public and to make the public side with the attackers rather than the victims. He used both social and institutional media for wide dissemination.

The five strategies are:

1.) False Identity Claim – The attacks were justified as pre-emptive action against Hindutva, an “exclusive and authoritarian ideology” which pan-Islamists and leftists say can only have a divisive influence in multi-religious Britain and multi-racial. The Hindu demonstrators who marched in Leicester were also described as Hindu nationalists and Gujaratis (in reference to the Gujarati origin of Narendra Modi).

Subsequent police investigations found that many of the marchers were apolitical and joined the march for unity against the aggressive buildup of Muslims in the locality. Hindutva labeling is the most prominent element of anti-Hindu misinformation. It was attached to an artificial and externally imposed distinction between Hindu Dharma (Hinduism) and Hindutva.

We can now see the practical dimension of the academic conference “Dismantling Global Hindutva” held in September 2021. The collusion of Indian ideological and political groups is also clearly visible, viz. Rahul Gandhi’s campaign to differentiate between Hinduism and Hindutva. The motive for this distinction is to demonize Hindus and legitimize attacks on them under the guise of attacking Hindutva while falsely claiming to respect Hinduism.

The definition of Hindutva and Hindu nationalism is therefore the site of the most important battle of information
war.

2.) Crime of Opinion – The attacks were described as resistance to Hindutva, which was defined as the bedrock of RSS-BJP ideology and the source of violent Islamophobia. Social media and establishment channels have also explicitly linked the attacks to the growing influence of Hindutva ideology in Britain. On September 21, a masked participant in the violent mob that gathered outside the Birmingham temple said people who follow Hindutva were not welcome in the UK.

The underlying message is: Hindutva as an Islamophobic RSS-BJP ideology is a thought crime and anyone who adheres to it is a thought criminal. To amplify, Hindutva’s supposed links to Nazism and Fascism were broadcast to sensitive European audiences to establish guilt by association. Europe is susceptible to fascism and Nazism, and Europeans tend to be extremely suspicious of the Nazi presence in their regions.

Even if Europeans don’t believe that Hindus are like Nazis, misinformation still implants an image that is hard to shake off: for example, the Channel 4 correspondent asked a Hindu march participant of September 14 if the march was associated with a right-wing Indian ideology. Unless they resist, the Hindus of
West will soon have to spend a lot of time cleaning his name from the stain of Nazism.

3.) Criminal act – Consider the now-denied claim that a mosque was attacked by Hindus when they staged the protest march in Leicester. Although police said no mosques had been attacked, the fake news mobilized enraged crowds for attacks on temples in Leicester and Birmingham.

Timing is the key to misinformation: fake news is first spread and the targeted party is blamed, providing the momentum needed to mobilize aggressive crowds. Once the news was debunked as false, allegations were made that the targeted party (“the Hindu supporters of the RSS-BJP” in this case) was responsible for identical attacks on a previous occasion, which justifies a similar counterattack. This technique may be called guilt by precedent or invoke “crimes of act” to establish the guilt of the targeted party using their historical record of the commission of the claimed but debunked action.

To put it very simply, a single event can be considered a precedent in perpetuity and for all future attacks. This technique has been used before, including by the mobs who torched the Sabarmati Express in Godhra in 2002 on the pretext that those targeted were responsible for the demolition of the disputed Babri Mosque structure in 1992.

4.) Protection Against Antisocial Encroachment – The ‘Majstar7’ Twitter account, owned by Majid Freeman, who has played a leading role in the anti-Hindu attacks, claimed the streets of Leicester had been cleared of the ‘usual anti-social behaviour‘. No more loud music at 3 a.m. or drunken crowds” (tweet of September 17).

This was consistent with earlier accusations against Hindus of abducting young Muslims and assaulting Muslim girls, insinuating that the targeted parties are lawless thugs who deserve the backlash they have suffered. . The kidnapping and molestation charges have been debunked by the police.

The trope of anti-social encroachment mixed with accusations of the insidious “alien” ideology of Hindutva is now penetrating the UK. Islamists and leftists in the UK and India demand that Hindus declare their non-affiliation with BJP-RSS ideology to gain access to the UK.

5.) Institutional Capture – Misinformation is reinforced when respectable voices support it. In the realm of the media, internationally influential media giants echoed the demands of local Islamists and portrayed Hindu victims as aggressive Hindu criminals.

Britain’s Guardian has been at the forefront with its biased coverage on the ground. On September 20, the same day the Birmingham temple was attacked, The Guardian’s South Asia correspondent published a Hindutva and RSS backgrounder containing numerous factual inaccuracies and filled with pointed suggestions on Hindutva criminality while covering up the role and arrests of Muslims in Leicester.

In the area of ​​civil society, the Muslim Council of Britain (MCB) attributed the attacks to the “deliberate targeting, intimidation and assault of Muslims and Sikhs” by RSS (the inclusion of Sikhs is indicative of the Pakistani involvement in the MCB). Local credibility was also heralded by a widely circulated “Muslim-Hindu unity statement” that blamed “outsiders” for the unrest without naming them.

A number of data points merit much closer attention. The fact that the Muslim Council of Britain blamed Hindus for attacks on Muslims and Sikhs is a strong indication of Pakistani involvement in the Council. The information campaign aimed at demonizing Hindutva and portraying India as the world capital of Islamophobia has been a recurring theme among Pakistani leaders. Majid Freeman’s links to Syria and Turkey have also been uncovered.

Additionally, the incidents in Britain have sharply divided Indian society, as local pan-Islamists and sympathizers speak the same language and attribute the attacks on Hindus to the export of Hindutva to the West. Identical disinformation strategies are employed by domestic Indian Islamists, Pakistan, Bangladeshi militants, Turkey, al-Qaeda and the Islamic State group.

Similarity in language is a strong suggestion of similarity in thought and identity. In the information age, misinformation is a more powerful weapon than is normally acknowledged. Events in Britain over the past few weeks underscore its importance to Pan-Islam and its cause of global Jihad. Pan-Islamists and their left-wing allies succeeded in integrating Hindutva into the West Zionist alliance. The Hindus are now at the center of their world war.

-By Rajdeep Sarkar (PhD Candidate in Department of Political Science, University of Hyderabad)