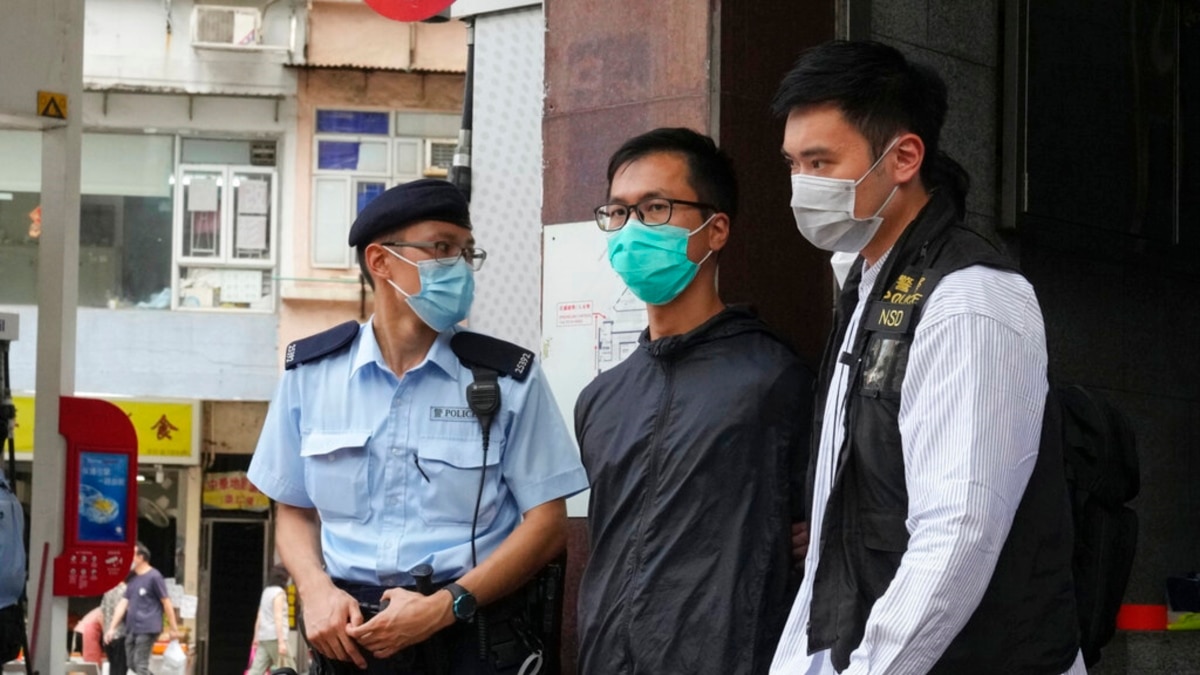 After a widespread crackdown on pro-democracy opposition in Hong Kong that saw dozens of activists arrested and jailed, authorities have firmly turned their attention to civil society groups in the city.

In recent months, several of Hong Kong’s main opposition groups have disbanded as crackdowns mount in the city.

Following the 2019 anti-government protests, Beijing implemented sweeping national security legislation prohibiting acts such as secession, subversion, and collusion with foreign forces. Hong Kong’s pro-democracy movement has been stifled as street protests have come to a halt and political speeches that Beijing deems offensive have been banned.

October 1 marked the 72nd anniversary of the People’s Republic of China, a public holiday and a day of national celebrations in China. But in Hong Kong, pro-democracy activists have historically used the day to launch street protests and call for political reforms. This year, only a handful of protesters gathered in the streets and were arrested by authorities. Reports say as many as 8,000 police officers were on standby all day.

The Civil Human Rights Front, founded in 2002, was behind the largest protest ever in Hong Kong, which drew nearly 2 million people in June 2019. The group typically held protests on important dates in the year. city â€‹â€‹political calendar. But the organization disbanded in August after being accused of violating Hong Kong’s national security law.

The Hong Kong Alliance for the Support of the Democratic Patriotic Movements of China was once responsible for organizing the annual candlelight vigil in Hong Kong on June 4 in memory of the Tiananmen Square crackdown in Beijing in 1989, an event which usually attracted thousands of people.

But the alliance folded in September, ending 32 years of activism, when three leaders were jailed, facing a number of charges, including inciting secession.

Political analyst Joseph Cheng, formerly in Hong Kong but now based in New Zealand, praised the group but admitted there was no more “room for survival” for opposition groups from Hong Kong.

â€œThe alliance probably has more symbolic value in that its formation in 1989 led to the formation of pro-democracy parties immediately after. Its continued operation after (the transfer of Hong Kong from Britain to China in) 1997 was seen as a symbol of the tolerance of the â€œone country, two systemsâ€ model, â€he told VOA.

Hang Tung-chow, the former vice chairman of the Hong Kong alliance and one of three leaders currently in prison, told VOA in August that opposition groups could still survive in the city, at least. informally.

â€œI think there will probably be more decentralized clusters, connection platforms, which might have difficulty seeing very open organizations and public events. But below the surface, underground, there will always be a connection there and organizations going, â€she said.

Eric Yan-ho Lai, author of the book Unraveling the authoritarian rule of law in Hong Kong, told VOA that there were already signs of the sustainability of civil societies.

â€œWe can also see this year that in many cases, people will come together to collect collectively to support certain pro-democracy shops or traders, or they will collectively attend court hearings (in) solidarity with the protesters. I would say that these would be possible traces that local people are willing to support the development of civil society in this way, â€he said.

He added: “They won’t be very visible to the public, (or) eye-catching.”

The erosion of civil society continued in October, with the dissolution of Hong Kong’s largest independent union.

The Hong Kong Trade Union Confederations were formed in 1990 and this year had 145,000 members. But the group voted on Oct. 3 to disband after some members received threats to their personal safety.

Lai, who is also a political analyst, said China is likely to use pro-Beijing groups to fill the civil society void in the city.

“The (pro-Beijing) Federation of Trade Unions, (which) now claims to be (as) the largest (strongest) union coalition in Hong Kong since the suspension of the Confederation of Trade Unions,” Lai said. â€œChina could continue to establish and train its own support groups within civil society. So, it is also a way, like mainland China, to allow so-called organizations and groups in society, but they are regulated or monitored or even controlled by the Communist Party (Chinese).

Other groups have also had to disband in Hong Kong’s changing social and political environment.

After 48 years, the Hong Kong Professional Teachers Union came to an end following strong criticism from Chinese state media and the government, which claimed the union had dragged schools into politics.

And the youth group Student Politicism shut down in September after just 16 months after the arrest under National Security Law of the group’s leaders, including activist Wong Yat-chin.

Hong Kong Managing Director Carrie Lam denied that there is a crackdown on civil societies.

But with the space for civil society shrinking, concerns remain about other Hong Kong organizations that Beijing opposes.

The Hong Kong Journalists Association, (HKJA), the city’s main news group, has been repeatedly criticized by the Chinese state-controlled media, as well as by the Hong Kong authorities, claiming it was biased and â€œanti-governmentâ€.

Ronson Chan, chairman of the HKJA, told VOA in an interview last month that the organization would not resign, but he admits the pressure is on any group targeted by Beijing.

“After the national security law, everyone knows there are a lot of red lines, but nobody knows how the red lines work,” he said.

Pakistan ranked 151st out of 153 for gender inequality