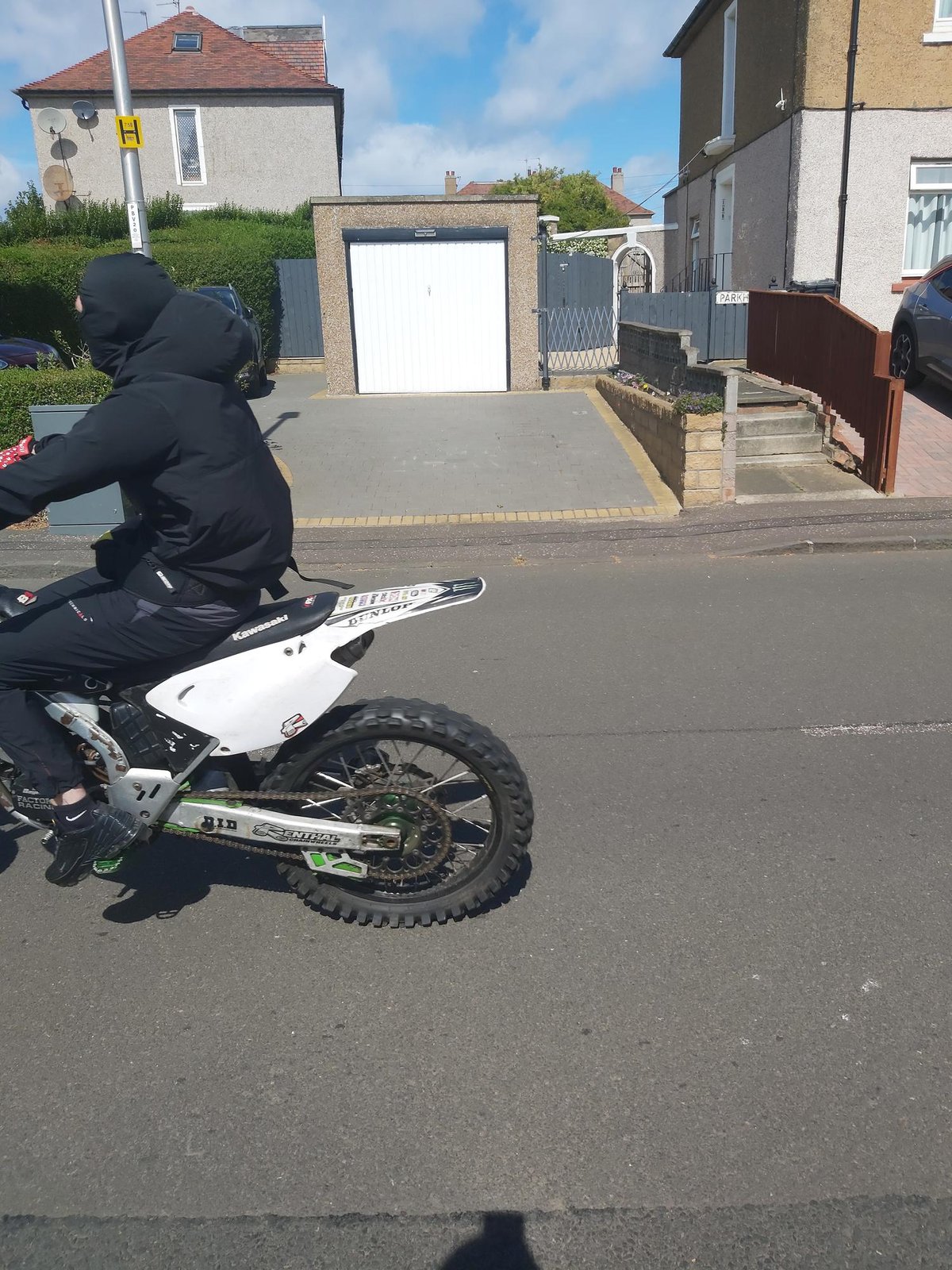 The weary local who asked to remain anonymous said he feared for his safety after being threatened by a youngster on an unmarked bicycle wearing a balaclava as he took pictures of him.

The incident, which happened on August 10 around 1:30 p.m., was reported to the police.

It was the second time the 42-year-old had called the police in recent weeks about young anti-social bikers.

But he says not enough is being done to solve the problem and has written to councilors and MSPs in Lothians.

“People are intimidated. I was a bit far from home when I was threatened. He sped up and tried to get on the sidewalk towards me. I told him I was calling the police. I’m not afraid of just one but when there’s a group of them, it’s terrifying.

“The motorbikes don’t have license plates and the guys were wearing masks or balaclavas.

“Sometimes they run through roads and parks. They don’t care. It’s so dangerous. I’m surprised no one died.

“I think it’s a symptom of a bigger problem here with teenage gangs. More needs to be done to eradicate this behavior.

“Police say they have initiatives in the town but to be honest I’ve never seen them in Sighthill and the two times I’ve called about it recently they didn’t come then .”

“I hope the police will act to put a stop to this kind of criminal behavior. This is something other residents are complaining about in local neighbor forums and I know others have also contacted the police about it, but nothing seems to be being done here.”

Lothian MSP, Miles Briggs, said: “Reckless riding of unmarked motorbikes by people wearing balaclavas is unacceptable and must be clamped down on.

“Anti-social use of motorbikes and motorbike theft is a top priority for Edinburgh Police Division and Operation Soteria has so far been successful in reducing this behaviour.

“It is important that Police Scotland continue their efforts to stop people riding motorcycles in this dangerous and intimidating way.”

Police Scotland have confirmed investigations are ongoing into the incidents.

“Over the past week, investigations have led to the arrest of five people with significant links to motorcycle crime in Edinburgh. This equates to a weekly total of 22 loads and the recovery of eight bikes, all as a direct result of our targeted activities.

“Since the beginning of Operation Soteria on June 20, 2022, we have made 23 arrests, and one other individual has been the subject of a warrant.

“This amounts to 124 charges, all relating to motorbike theft and anti-social behavior offenses and the recovery of 63 motorbikes, bringing the total value of bikes recovered since June to over £495,000.

‘Anyone with information about motorcycle crime or the dangerous use of motorbikes in the capital can speak to officers via 101, or anonymously via the charity Crimestoppers on 0800 555 111.’