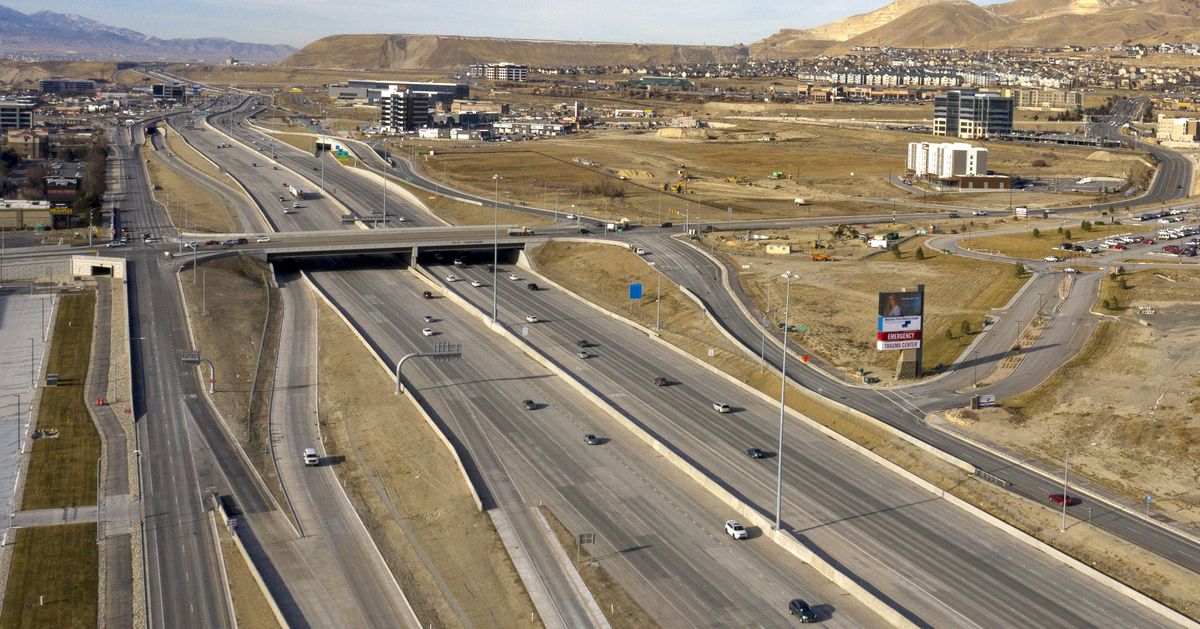 I could never have predicted what we went through in 2021. COVID-19 came and went, and came back. Vaccines have been both praised and maligned. We left Afghanistan as if we had learned nothing from our shameful exit from Vietnam. And in Washington, the president and Democrats have embarked on gargantuan social policy and spending spree. In addition, their spending has spurred inflation that is increasingly reminiscent of the Jimmy Carter years.

Despite this somewhat bleak backdrop, I have been honored to serve the people of Utah by introducing and passing several bills that will make a positive difference.

First, I worked with a small bipartisan group of five Democrats and five Republicans to do what every president since George HW Bush had hoped to do: negotiate and pass an infrastructure bill.

Our bipartisan bill makes a historic investment in roads, highways, bridges, electricity grids and broadband across the country – without raising taxes or increasing our debt. Of particular importance to Utah, it provides funds to mitigate wildfires, tackle our drought, help fund the Central Utah Water Project, and provide running water to the Navajo in Utah. Basically, it enables officials in the state of Utah to plan and execute the highways, transit, water and other infrastructure requirements for the rapid growth that we will continue to experience. over the next few decades.

One provision of our bill includes the Wildland Fire Mitigation and Management Commission Act, which I brought forward with Senator Mark Kelly, D-Arizona, and Representative John Curtis, R-Utah. This establishes a commission of federal and non-federal actors to study, recommend and fund new forest fire prevention, mitigation, management and rehabilitation policies for forests and grasslands. Drought and global warming mean that the ways we have dealt with wildfires in the past are no longer adequate.

Our bipartisan infrastructure bill stands in stark contrast to the presidential multibillion-dollar spending and tax hikes program euphemistically called “Build Back Better.” His bill grants benefits to illegal immigrants, gives tax breaks to millionaires in the Blue State, promotes the Green New Deal, and pushes the federal government toward preschool and child care. I joined with all Republicans in Congress in opposing this senseless expansion of government.

Although I strongly oppose the Green New Deal, climate change remains one of my main concerns. A bill, which I promoted and which was passed by the Senate this year, facilitates the participation of farmers, ranchers and private landowners in voluntary carbon markets and encourages the reduction of harmful emissions.

My service on the Foreign Relations Committee has also enabled me to meet the challenges we face abroad. I am particularly concerned about China’s predatory economic policies, its military aggression and horrific human rights violations and the genocide of minorities.

China follows an explicit strategy to dominate the world economically, militarily and geopolitically. For our part, we respond to China’s actions on an ad hoc and disjointed basis. The recently passed Defense Authorization Bill includes a measure I drafted that requires the administration to develop and implement a comprehensive strategy to meet China’s ambitions.

In addition, Senator Tim Kaine, D-Va., And I introduced an amendment demanding a diplomatic boycott of the Beijing 2022 Winter Olympics in order to shed light on China’s abuses against the Uyghur people. The administration recently announced the diplomatic boycott as official U.S. policy, and several other free nations, including Britain, Canada, Japan and Australia, have followed suit.

As the home of our nation’s strategic ground deterrence program, Hill Air Force Base in Utah plays a critical role in sustaining and modernizing our nuclear deterrence – a critical component of our ability to deter aggression. Chinese and Russian. Hill also helps repair and maintain the U.S. F-35 fleet. This year’s defense bill, which I have enthusiastically supported, includes an authorization of $ 4.4 billion for the Air Force’s F-35A program and $ 2.6 billion for the GBSD program.

As I plan for the year ahead, I am increasingly concerned about our growing deficits and our national debt. My TRUST Act legislation, now sponsored by Senator Joe Manchin, D-WVa., And a bipartisan group of 10 other senators, is designed to tame federal spending and borrowing. In addition, it provides for the future solvency of social security and health insurance trust funds.

Our declining national birth rate and the resulting financial pressure from inflation make the review of my Family Security Act even more urgent. Even the New York Times editorialized that it’s better than what President Biden has proposed. It would support families with children, help financially during pregnancy, promote marriage and provide equal treatment for working and stay-at-home parents.

I will continue to fight for many of Utah’s other priorities, including securing funding for rural programs and working to restore more local control to our state’s public lands. Senator Lee and I reintroduced the Utah Rural Economy Protection Act (PURE), which would protect Utah from abuse of the Presidential Antiquities Act in the same way as Alaska and Wyoming are currently protected.

It is an honor to serve the people of our state. If you have any suggestions and advice for me, please feel free to write or email me on my website (http://romney.senate.gov).

I wish you and your family the best for a safe and healthy 2022.

Senator Mitt Romney has served as a United States Senator from Utah since 2019.

A special Garda response center will be set up in Athlone