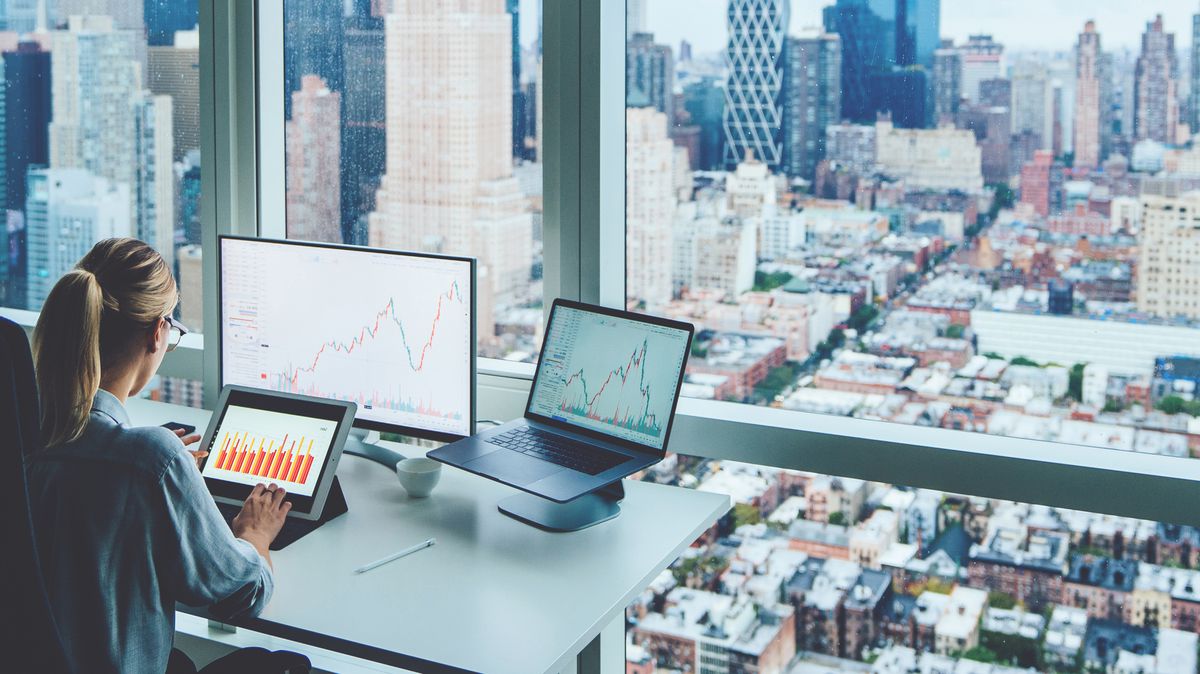 I was on Twitter one day chatting with a few venture capitalists when one of them wrote, â€œAny jerk who comes out of college with an idea can get a check for $ 4 million. When I asked him why I didn’t get such checks, he replied, â€œShow us what you can do. “

It was a short conversation, but for me it showed a set of contradictions that I have encountered many times during my journey as a small business owner. Why do some people get start-up money while others struggle to get donor interest?

A clue to the answer is there in this brief exchange. See, I’m no jerk, and I graduated from college many years ago. I have a lot of ideas and I run a successful small business. According to the first statement from this venture capitalist, all of this should make me a great bet as a funding recipient. I should be in venture capital.

But I have only received minimal external funding in my time as an entrepreneur. Why is that? Because for me and for people like me, a college education, a basic idea and intelligence just isn’t enough. People like me also need to have a track record that we can show as proof that we are a good investment. And by people like me, I mean women in particular, and women of color even more.

In my experience, there is a separate system that works in the area of â€‹â€‹small business finance: men are evaluated based on the promise of their ideas, while women are judged on whether they already have book.

My experience fits well with the documented inequalities in investing in small businesses. For example, as noted in another Globe and Mail article, during pitch meetings, male entrepreneurs are asked about their plans to promote their business while female entrepreneurs are asked how they plan to anticipate and prevent problems. It skews the tone of the conversation, and it’s not in favor of women.

This gender difference in funding is not surprising. It matches other types of inequities in the way men and women are judged in the workplace. For example, a series of recent studies have shown that when hired, men are assessed solely on their skills, while women are judged on their skills, social behavior and morals. Additionally, a study published in 2019 found that for leadership positions, male applicants are largely judged on their potential, while women tend to be evaluated based on their past performance.

In short, research shows that two different rating systems work at all levels of the business world, whether you are an employee, manager, or founder looking to take your business to the next level.

Some suggest that female entrepreneurs need more mentoring and coaching to overcome the problem. It sounds encouraging, but I actually disagree with the idea. Women are not naturally less capable of being successful in business, and I think it may be patronizing to suggest that we need more help.

In one of my attempts to get funding, the funder wanted to refer me to resources and offer me a mentorship. I replied that what they were proposing was not appropriate. I told them I had done my homework, had business connections, and knew what I needed: money. Their response was to tell me that I was stubborn.

After this experience, I decided that I didn’t want investors; I wanted to do it myself. In the end, I did quite well. But the experience left me with a lingering bad feeling. If mentoring is meant to help us be successful, but that’s the kind of welcome we get when we ask for the money we need to achieve that success, what good is this mentoring?

The mentoring line is even promoted by women’s business groups. It wasn’t that long ago that I was asked to be part of a group of women who run $ 1 million businesses. The group provided mentoring. But think about it: if women entrepreneurs have reached the point of running a million dollar business, they don’t need mentorship – they are already successful. There is a good chance that they can use the investment to support their next moves: expansion, diversification, research and development. But even with a proven track record, women are treated like we still need soft skills and relationships rather than money.

The numbers don’t lie. This fall, The Globe covered the mind-boggling information about how little VC funding female startup founders receive: just 2.3% of the global total in 2020. To me, that tells a clear story about unwillingness. donors to take a chance for women entrepreneurs to the same degree as for men.

The problem for women entrepreneurs lies entirely in the lack of opportunities. We can fix ourselves and hone our skills as much as we want, but at the end of the day, if funders judge us on unfair criteria, not all the mentoring in the world will make a big dent in the real problem.

Rather than offering us a mentorship, I want funders to give money to women and then give us carte blanche. Let’s learn, in the same way as men. Let’s take risks and accept that some entrepreneurs fail. Donors let men run unsuccessful businesses, and that doesn’t seem to prevent them from continuing to fund them to a much higher degree. I want them to treat women the same. It’s by taking those kinds of chances – fairly, by funding businesses run by people of all genders – that we see success.

Give us the funding, then we’ll show you what we can do.

Your time is precious. Receive the Top Business Headlines newsletter delivered to your inbox in the morning or evening. register today.