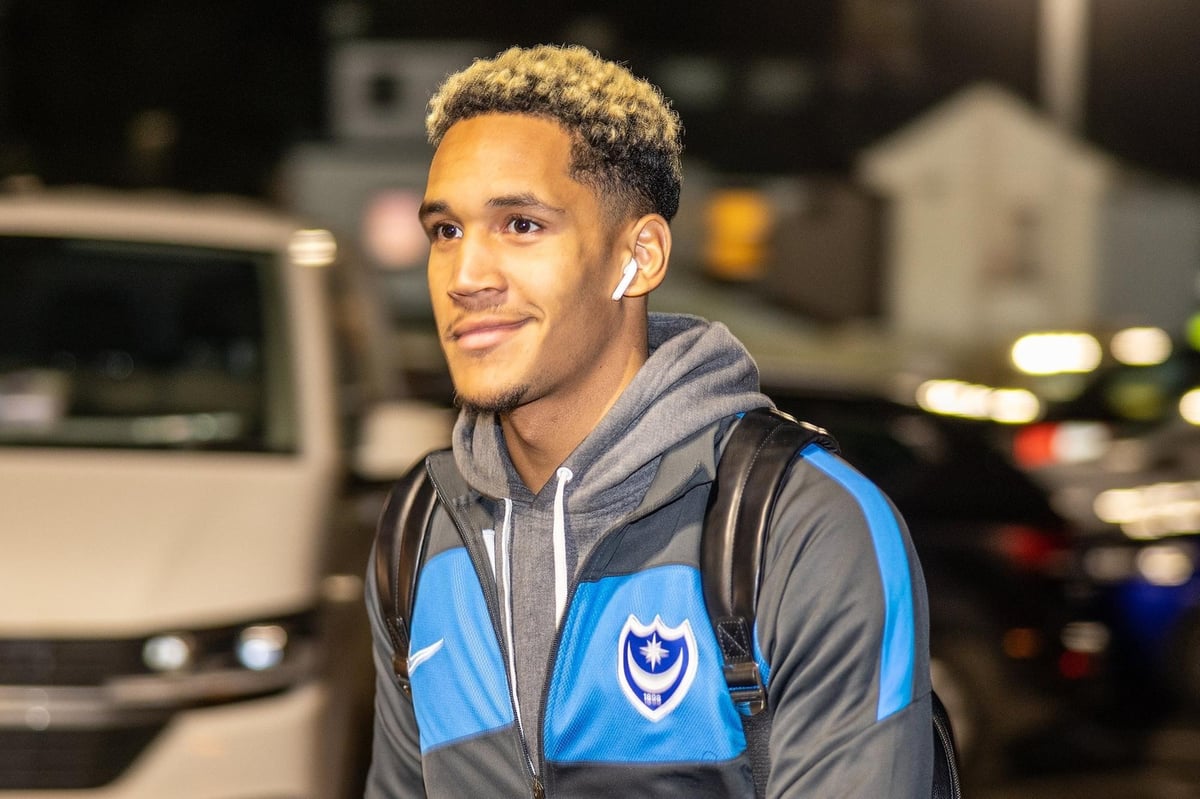 The 20-year-old was sent to the Ravens at the start of 2021-22 to gain valuable senior football experience.

Andy Woodman’s side fended off interest from other National League clubs to sign Mnoga on August deadline day, but the decision worsened soon after.

Register to our Portsmouth FC newsletter

However, the versatile defender is adamant he maintained his professionalism throughout his time at Hayes Lane and was not the architect of his own demise.

Mnoga said The news: ‘When I went there their right-back was suspended because he had a three-game ban so he missed the game against Cheltenham but came on after.

“I agreed not to start at the beginning because I understood that I was not going to enter the team directly and that I had to prove something.

“Maybe in the first game I didn’t prove as much as I could have, so it was just that I didn’t start. I always worked hard in training and gave 100% to try to prove myself.

“I would say I would have liked more opportunities, but it’s one of those things in football.

“I was just making substitute appearances, really, but it’s quite difficult to do much in the last 15, 10 or five minutes of games.”

But he explained how being fast-tracked into National League action in August negatively affected his time with the Ravens.

He added: “Everyone thought it would be a good loan and Bromley was looking forward to having me there.”

“Before I joined, I didn’t speak to the manager but to one of the coaches on deadline day after I signed my new contract at Pompey.

“I came down on a Friday and trained, but it was only a ‘match day minus one’ session, so I didn’t even have a full session with the team.

“Then we had Chesterfield away which is a big game a day later and I played well but not at my best so I was a bit disappointed with my performance. I walked out after 60 minutes, but the gaffer said he thought I had done well to walk straight in.

“From there it went downhill a bit and it was the only game I started at Bromley.”

Data to drive the design and monitoring of social programs

Worsley: Suspected burglar arrested after driving on wrong side of M60