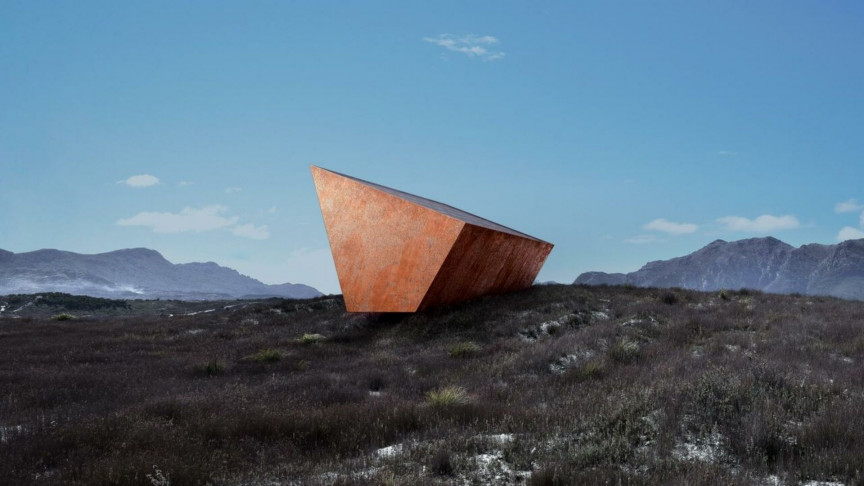 Early next year, researchers will complete the installation of the steel monolith on the west coast of Tasmania, an island about 240 km from mainland Australia. Set apart from civilization, the monolith will have internet connectivity and record all major events regarding climate change – which, at this rate, is likely to spell the end for most of humanity. It would be Earth black box.

Even as countries commit to reducing their carbon emissions to Net Zero by 2050, overall the Earth is on the verge of exceeding its climate targets, ABC Reports. Assuming we continue on this path, sea level is likely to rise and crops will fail, feeding billions of people will be impossible and we could enter a sort of post-apocalyptic Mad Max world where oil is in. excess but water is scarce. If subsequent generations wanted to know what was wrong, Earth’s Black Box would offer the story of mankind and what they did or did not do to avoid calamity.

The monolith is constructed of steel nearly three inches (7.5cm) thick that will easily outlive us. However, beneath the rugged exterior would be a mass of storage disks that record data streams on land and sea temperatures, ocean acidification levels, humanity’s energy use, and carbon dioxide levels. This information would be complemented by headlines, social media posts as well as key outcomes from important meetings such as the Conference of the Parties (COP) which recently concluded in Glasgow to provide context on what humanity is doing. did as the climate worsened.

Powered by sunlight, the Black Box will use its internet connection to scan the World Wide Web for information relating to climate change, CNET Reports. A battery will provide backup power when the sun is not around. Researchers estimate that by using compression and archiving technologies, the Black Box will be able to store data for the next 30 to 50 years. During this time, they will be looking for more new ways to store information that can last for hundreds of years or more.

The team is also working on other features such as a “heartbeat” which can signal that the device is functioning properly while intermittently transmitting a summary of the data it has collected in space.

The project, while non-commercial, is a partnership between researchers at the University of Tasmania and Clemenger BBDO, Australian leader in marketing communications. The team hopes that recording the actions of current politicians and businesses in climate change mitigation will make them more accountable now.

The structure will be built by next year, however, data logging has also started, says the project’s website. In addition to recording forward, it will also go back to identify key events in the history of climate change.

How will future generations know what’s inside the monolith and how to access information about it is a puzzle that researchers have yet to solve.

Post-COP26, a Caribbean perspective on climate injustice and “1.5 to stay alive” · Global Voices