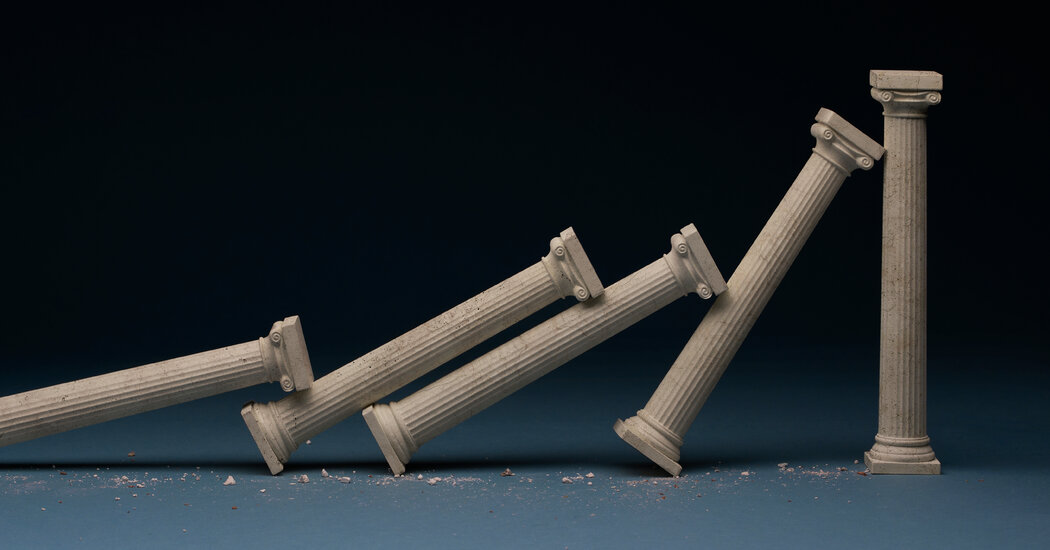 If all this sounds a bit dull or “simple”, we have to keep in mind the ecology of these early Ukrainian cities. Living on the border of the forest and the steppe, the inhabitants were not only grain farmers and herders, but also hunted deer and wild boar, imported salt, flint and copper, and kept gardens in the hills. limits of the city, consuming apples, pears, cherries, acorns, hazelnuts and apricots – all served on painted ceramics, which are considered among the most beautiful aesthetic creations of the prehistoric world.

Researchers are far from unanimous on what kind of social arrangements all of this required, but most would agree that the logistical challenges were daunting. The residents certainly produced a surplus, and with it many opportunities for some of them to take control of stocks and supplies, dominate others, or fight for loot, but over eight centuries we find little evidence of war or the rise of social elites. The real complexity of these early cities lies in the political strategies they adopted to prevent such things. Careful analysis by archaeologists shows how the social freedoms of Ukrainian city dwellers have been maintained through local decision-making processes, in households and neighborhood assemblies, without any need for centralized control or top-down administration.

Yet even now these Ukrainian sites hardly ever appear in scholarship. When they do, academics tend to call them ‘mega-sites’ rather than cities, a sort of understatement that signals to a wider audience that they shouldn’t be seen as real cities but as cities. villages which for some reason have grown disproportionately. . Some even call them outright “overgrown villages”. How to explain this reluctance to welcome Ukrainian mega-sites into the charmed circle of urban origins? Why has someone who is even briefly interested in the origin of cities heard of Uruk or Mohenjo-daro, but hardly anyone of Taljanky or Nebelivka?

It is difficult here not to recall the short story of Ursula K. Le Guin “Those who move away from Omelas”, on an imaginary city which also manages without kings, wars, slaves or secret police. We tend, Le Guin notes, to call such a community “simple,” but in fact these citizens of Omelas were “not simple people, not gentle shepherds, noble savages, bland utopians. They were no less complex than us. The problem is, it’s just that we have a bad habit of “thinking about happiness as something pretty dumb.”

Le Guin scored a point. Obviously, we don’t know how relatively happy the inhabitants of Ukrainian mega-sites like Maidanetske or Nebelivka were, compared to the lords of the steppes who covered the nearby landscapes with mounds filled with treasure, or to the servants ritually sacrificed during their funerals. (although we can guess). And as anyone who has read the story knows, Omelas also had problems.

But the point remains: why do we assume that the people who found a way for a large population to rule and support each other without temples, palaces and military fortifications – that is, without overt displays of arrogance and cruelty – are somehow less complex than those that don’t? Why would we hesitate to give such a place the name of “city”? The mega-sites of Ukraine and neighboring regions were inhabited between 4,100 and 3,300 BC. Eventually, they were abandoned. We still don’t know why. What they offer us, meanwhile, is significant: further proof that a very egalitarian society has been possible on an urban scale.