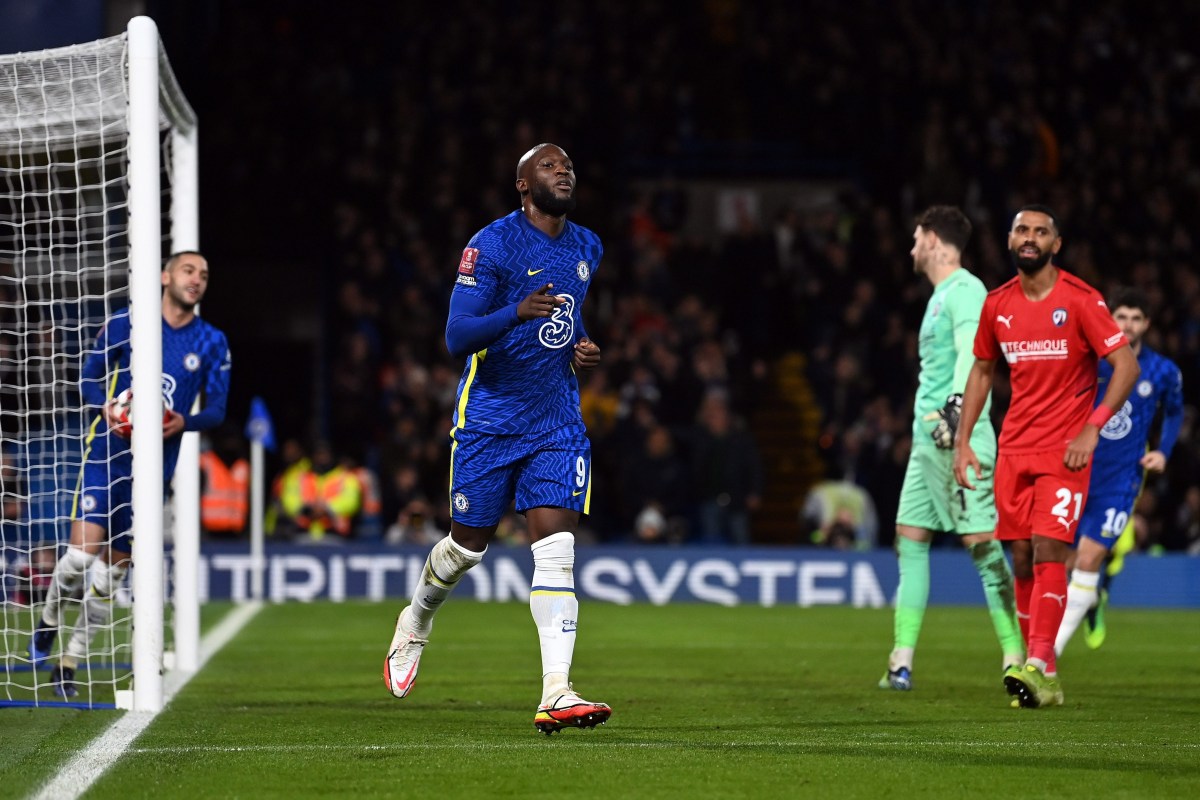 Romelu Lukaku scores for the first time since posting an explosive interview, as Chelsea ‘Loan Army’ player Lewis Baker makes his first appearance in EIGHT as the Blues move past Chesterfield

Chelsea made sure they wouldn’t add their names to the list of shock FA Cup outings as they did a light job on non-league Chesterfield, winning 5-1 at Stamford Bridge.

Timo Werner broke the deadlock after six minutes as he made his way home from close range before a fine curling effort from Callum Hudson-Odoi put them 2-0.

Romelu Lukaku then entered the scoresheet as he touched the end of Lewis Hall’s cross, the Belgian scoring for the first time since his explosive interview where he said he was unhappy with his situation at Chelsea was published in December.

Hakim Ziyech increased the score to 5-0 with a powerful penalty after Christian Pulisic fell into the box.

The National League side had something to show for their efforts as Akwasi Asante scored a consolation goal late in the game.

The draw also saw Lewis Baker, who has been on loan eight times since signing a professional contract with the Blues, making his second appearance for the club EIGHT years and three days after his debut.

Chelsea were reportedly frustrated with giving up their clean sheet to death, especially with Marcus Bettinelli making his debut in goal. But this meeting has never been one to be negotiated in complete safety for the boss Thomas Tuchel and Chelsea.

From the moment Lukaku whipped up a first effort from a corner above the bar, Chelsea’s dominance was stifled.

Werner gave the Blues a lead in the fifth minute, the teenager Hall was the catalyst for a quick break where Ziyech’s half-stopped shot fell directly on the German striker Chelsea with an open goal ahead.

Werner could have doubled his score if he had been able to react quickly enough to another parry Ziyech shot that went through the goal.

Hudson-Odoi’s 20-yard strike without pressure, however, quickly put Chelsea 2-0, with the left-back aiming and reaching the desired spot in a relaxed manner.

Lukaku slapped Hall’s smart cross to give the Blues a 3-0 lead in 20 minutes, with the young defender losing and then recovering the ball before providing an assist.

Another deep corner from Ziyech called for a Lukaku howitzer, but this time on the fly the Belgian hitman fired another effort for the first time.

Werner’s low cutback touched Lukaku for the third time, and once again he pulled his effort away from a post.

Ziyech’s run deserved a better finish than his low effort which allowed Loach to stop the routine sufficiently.

The Moroccan striker was not wrong on the spot, however, scoring a penalty for the fifth of the Blues.

Calvin Miller’s rustic challenge on Pulisic could only end one way, and Ziyech went for power to send Chelsea further back.

By the time Ross Barkley replaced Hudson-Odoi, Malang Sarr was in fact the only regular Chelsea defender left on the pitch.

Havertz believed he slipped a sixth goal before being called out for offside.

Asante ensured Chesterfield had the last laugh, however, tapping after Kabongo Tshimanga sank on goal with Bettinelli parrying his shot.

PARIS OFFER OF THE DAY

Dr Kimberly A. Luse: Society Has Paid a High Price for the Pandemic from a Trauma-informed Lens