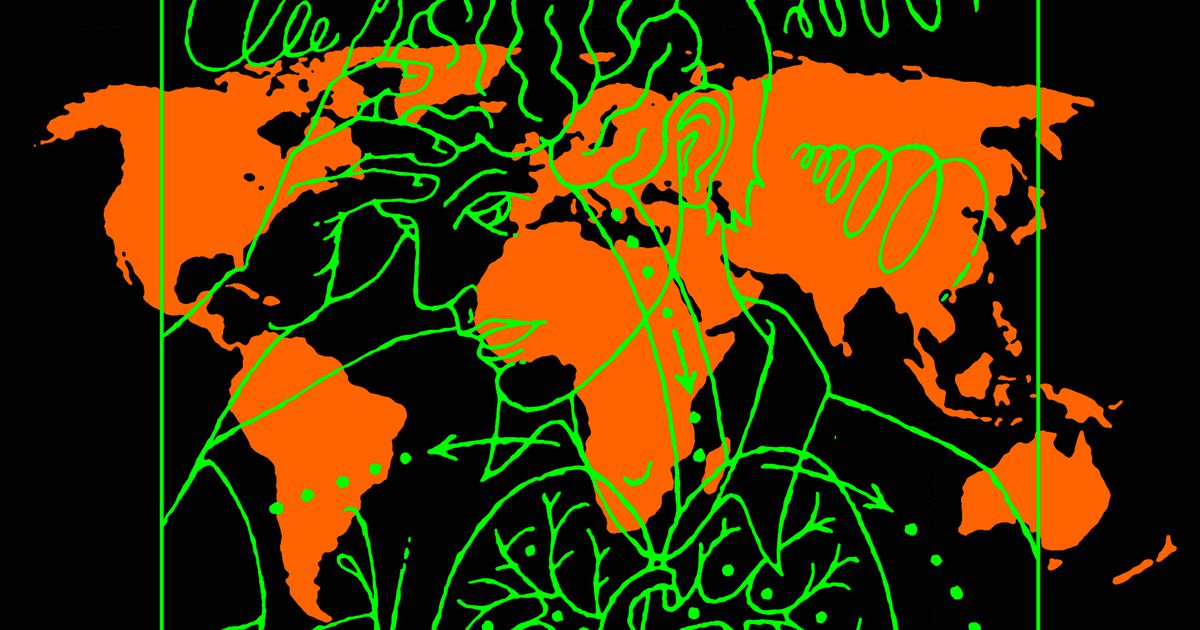 In the winter of 1848, a 26-year-old Prussian pathologist named Rudolf Virchow was sent to investigate a typhus epidemic raging in Upper Silesia, in what is now mainly Poland.

After three weeks of meticulous observation of the stricken population – during which he carefully counted the cases and deaths of typhus by age, sex, occupation and social class – he returned with a report which ultimately blamed poverty and social exclusion on the epidemic and viewed it as an unnecessary crisis. “I am convinced that if you changed these conditions, the epidemic would not recur,” he wrote.

Dr Virchow had only completed medical school for a few years, but his report became the founding document of the new discipline of social medicine. His vision of health goes far beyond individuals and the pathogens that lie within them: he pioneered the epidemiological scrutiny of social conditions such as housing, education, diet, and fashion. of life, and he denounces the rigid social stratification perpetuated at the time by the Catholic Church.

The same conditions of inequality that produced the Silesian typhus epidemic would soon spark a political revolution in Germany, and Dr. Virchow’s investigation helped make him a political revolutionary. “Medicine is only a social science and politics is nothing other than medicine on a large scale” he wrote.

For epidemiologists studying the coronavirus today, that scale is still measured by the mundane act of counting. The tally begins with descriptive statistics on the daily state of the pandemic – who is infected, who is sick, how many have died. And then those numbers are used to predict the future of the pandemic, allowing officials to plan and mobilize resources. Epidemiologists use this data to discern trends over time and among different groups of people, and to determine why some get sick and others don’t. This is the difficult part of epidemiology.

We know that the SARS-CoV-2 virus is the cause of COVID-19, and in that sense the story is very simple. But why is one exposed person infected and another not? Despite more than 200 million cases detected worldwide, scientists still don’t understand much about transmission, or what makes an infected person sick enough to be hospitalized, beyond simple demographics like age. and sex.

Almost half a million Scientific papers have now been published on COVID-19, and they are assembling a dizzying array of hypotheses to explain the observed patterns, but a large majority of that conjecture is quickly fading away. Many studies noted early on in the relative absence of COVID-19 cases in Africa and South Asia, for example, which led to much environmental, genetic and behavioral guesswork, until suddenly countries Africans and India are also devastated by the increase in the number of cases. So, so many epidemiological theories came and went, such as the impacts of altitude and blood group. But a constant association has remained, and it is the same one that Dr Virchow found in Upper Silesia: our current pandemic has a social model.

This remains one of the few ubiquitous observations that consistently describe the risks of infection, hospitalizations and death from COVID-19 around the world. Yet while wealth correlates with those who can work from home and shop online in wealthy countries, it does less to explain trends among the larger aggregations of people across states and nations. At this level, it seems that the most salient characteristics that distinguish the severity of a pandemic are relational factors such as economic equality and social trust. It is not surprising, even to the casual observer, that the pandemic has hit countries embroiled in political divisions and social strife most fiercely.

For example, consider the number of excess death across countries during the pandemic. If we look at the most severely affected countries, such as Peru, Bolivia, South Africa and Brazil, we see mainly middle-income countries in political turmoil and with weak social institutions. In contrast, countries that have recorded fewer deaths than expected based on pre-pandemic trends are often richer, but also stand out for high levels of political cohesion, social trust, income equality and collectivism. , such as New Zealand, Taiwan, Norway, Iceland, Japan, Singapore and Denmark. Many researchers have reached similar conclusions in research conducted within and between countries on measures of political polarization, share capital, trust in government and income inequality.

It makes sense for political polarization to hamper an effective response to the pandemic, but this is where explanatory inference becomes most delicate, as we epidemiologists exist like everyone else within the social forces that are shaping the pandemic. We are both citizens and scientists, none of us are immune to politicization and the way it distorts perceptions and inferences.

For example, how has the effectiveness of a drug like hydroxychloroquine become a political litmus test, rather than a question for an unbiased clinical study? Nothing is won when basic science and politics become ideological balloons to be blown and tossed. The United States is the dominant biomedical research entity in the world, and its glaring political dysfunction has therefore become a global problem. It permeated everything we epidemiologists have done with doubt, suspicion, and a whiff of partisanship.

Politics has harassed us every moment over the past 18 months – amazing failures to CDC and FDA under political appointments, the politicization of proven interventions like masks and vaccines, and more. Take the back to school in person. By April 2020, more than three quarters of the world’s school children were at home, but we quickly learned enough to safely reopen schools for the youngest – with measures like masking and ventilation – and it is indeed What happened in much of Canada, Europe and Asia.

But this progress from evidence to politics hit a brick wall in the United States when the Trump administration aggressively promoted resuming in-person schooling as a crucial step toward economic recovery. When the former president backed the priority of getting children back to classrooms, Blue State politicians, teachers’ unions and many epidemiologists were categorically opposed. Rational discourse on the political question has become practically impossible. Every interpretation of the evidence was colored with the suspicion that it was in the service of political allegiance.

Science is a social process, and we all live in the midst of the social soup of personalities, parties and power. The political dysfunction that holds America hostage also holds science hostage. Dr Virchow wrote that “mass disease means society is in disarray”. The fact that society is disjointed means that epidemiological research is disjointed, because it exists within the same society. This is not a new problem, but the dominant mantra “follow the science” misses the point that the same social pathology that is exacerbating the pandemic is also weakening our scientific response to it.

To restore faith in science, it is necessary to believe in social institutions more broadly, and that requires a political calculation. Of course, there are many specific challenges for scientists to cite: the cogs fall off the peer review system, university research is plagued by pressures from commercialization, and so on. But all of these are the symptoms, not the underlying disease.

The real problem is simply that sick societies have sick institutions. Science is not a stash cloistered in the clouds, but is buried in the mud along with everything else. That is why, just eight days after his investigation in Upper Silesia, Dr Virchow went to the barricades in Berlin to fight for the revolution.

Jay S. Kaufman is Professor of Epidemiology at McGill University and was President of the Society for Epidemiological Research from July 2020 to June 2021. This article was originally published in The New York Times.