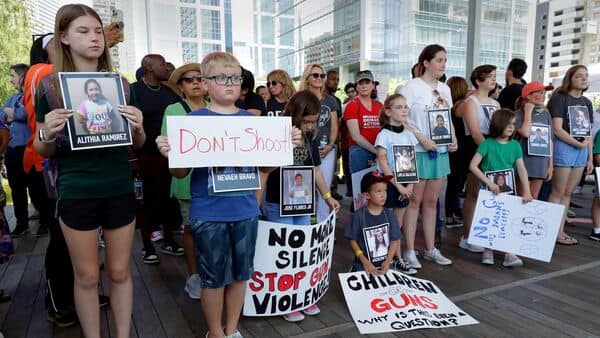 The Texas school shooting highlights disturbing aspects of privacy versus security and the ethical responsibilities of social media companies in the age of instant messaging and borderless communication.

Texas school shooter Salvador Ramos had been in touch with a German teenager via social media and revealed troubling aspects of his personality even before the event. Ramos reportedly used social media extensively before threatening sexual violence and school shootings. His posts about “throwing dead cats into people’s homes”, telling the teenager about ammo he had bought the day before the shooting, and shooting his own grandmother a day later raise questions on many levels.

At one level is the problematic issue of social media addiction among impressionable tweens and teens and the accountability of stakeholder groups associated with this age group. Social media use and the likes and comments generated by posts have been shown to impact the brain in the same way as good food, sex and drug abuse, inducing the release of dopamine. Over time, it’s almost like a treadmill of dopamine being generated, with more having to be released to keep the user in the same state as before.

Experts also refer to an associated dopamine deficiency syndrome, where a vast upward deviation is followed by an equal or greater downward deviation, pushing dopamine below the baseline and making the person unhappy. This mental swing induced by external social media is responsible for many mental health problems, especially among adolescents. Several studies have documented the detrimental effects of social media as leading to depression, anxiety, aggression, and antisocial behaviors in this age group, in addition to a growing association with suicide risk.

The Texas shooter, himself a teenager, has a history of bullying and bullying at the school he chose to attack. He reportedly had a “little” argument with his grandmother over paying a phone bill before shooting her. He later bragged about his ‘success’ in a private message to the German teenager, also saying he was about to take on the school shootings. His earlier public messages had been equally explicit and yet had not been taken seriously. One can only imagine the emotional scars the German teenager who interacted with the shooter can carry for life.

The question arises: could this have been avoided? Schools and colleges play an essential role in the training of young people. There must be strict standards against bullying and bullying in all its forms, with educational institutions using trained professionals who can identify and counsel children with mental health issues. They should also invest in training tweens and teens to spot disturbing behavior on social media. Young people would need to learn what to report, when and to whom in such cases.

The shooting in Texas and the social media posts reminded me of a situation where a student at an institution where I taught had posted 52 social media posts indicating that he was considering suicide. When his classmates dismissed him as another example of his attention-seeking behavior, a vigilant student brought him to our attention and sought help from the institution.

The Texas shooting also raises serious questions about the ethical responsibilities of social media companies and digital platforms like Facebook, Instagram, Yubo, Apple, Google, etc. While Facebook’s role in anticipating the direct messages sent by the shooter and bringing them to the attention of authorities is the subject of debate, there is news that its parent company, Meta, plans to rolling out end-to-end encryption for Facebook and Instagram’s messaging systems next year. This will make it impossible to decrypt messages that threaten human life and national security, even if they enhance consumer privacy.

Platform companies benefit from significant network effects and have the power to monetize these effects through significant advertising revenue. These revenues have put these companies in the spotlight for the wrong reasons and led to demands to monitor and regulate them. For example, Apple’s end-to-end encryption on its iPhone ran into trouble with the US Department of Justice when asked for a backdoor to a handset seized from a suspected terrorist.

However, social media companies have a perverse interest in keeping people engaged on their platforms longer. In 2021, Meta generated $114.9 billion in advertising revenue, up 36.5% from the previous year. More than 97.9% of Facebook’s global revenue came from ads, which explains its importance to Meta.

Yes, US gun laws need to be debated. However, educational institutions and social media companies are also complicit in the horrific tragedy that has unfolded, suffocating young lives. It is time for platform companies to look at the sustainability of business models that exploit the addictive nature of these platforms, especially among impressionable minds, for narrow business interests. At the same time, educational institutions need to make student communities stronger, accountable and responsive. The Texas school shooting is a wake-up call for society at large, not just for US state law enforcement.

* Thank you for subscribing to our newsletter.

New director of science, research and evidence will help lead the National Institute for Health and Care Research