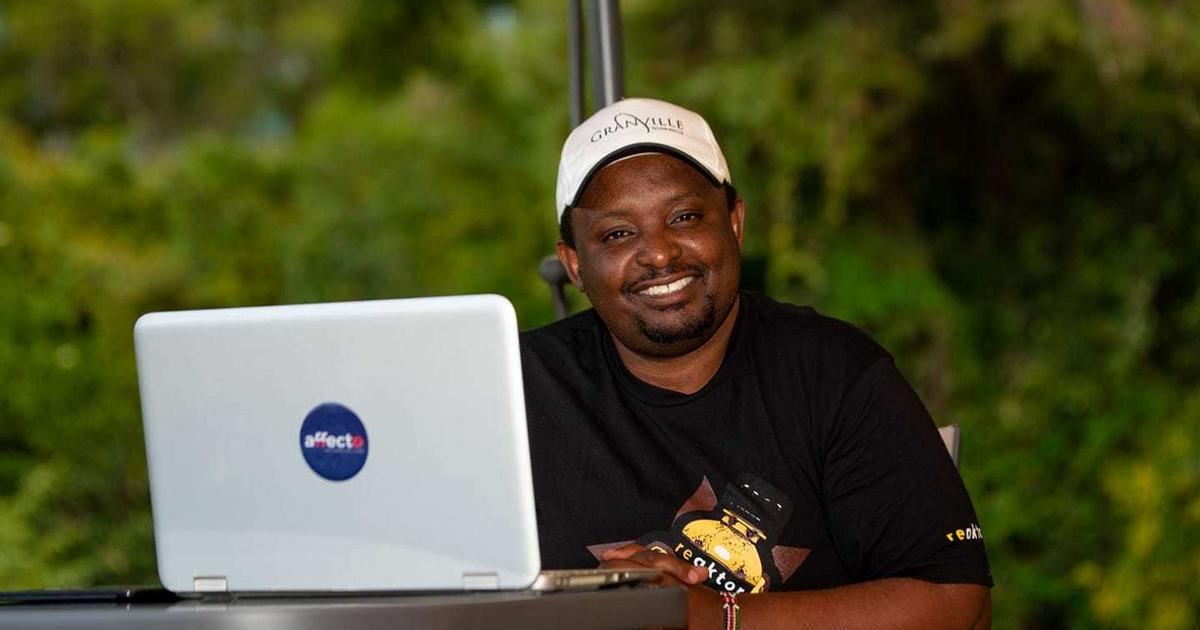 In a post on his Facebook page, Ndung’u Nyoro said that after writing an open letter to school principal William Kemai via social media, Njoroge can now access the documents needed to be admitted to the University of Maseno.

“A few minutes ago, the Lenana school accountant called the young man’s father to ask him to go to school to collect the documents. However, he will not be able to travel today but will try, subject to the availability of transport, to recover them next Monday.

“As I write this, there is joy and celebration at Likii Elementary School. The teachers who had carried the burden of Mr. Njoroge are excited about the latest developments. The young man is also there with his parents“Nyoro announced.

According to Nyoro, the student identified as Njoroge Kariuki comes from a humble background and was unable to pay for his studies after his sponsor abandoned him.

Kariuki was chosen as a beneficiary of a scholarship program supported by former Laikipia East MP Mutahi Kimaru, who was no longer able to enlist after losing his seat in 2017.

The student who got a B + in his KCSE exams has so far accumulated a bill of Sh 219,487 at Lenana school and cannot get his certificate to join Maseno University, which also charges a fee admission fee of 50,000 Sh.

His teachers who saw him struggle and beat all the odds only managed to raise 19,000 Sh.

In a touching letter to Lenana school principal, William Kemei, Nyoro, the activist asked the principal to cancel the balance, just as he allowed the student to study without sacking him for school fees. since the second year.

Nyoro also begged the school’s alumni to step in and help Kariuki continue her education.

Read the open letter below.

My name is Ndungu Nyoro, a man without a title but a friend who believes in the education of our children as a tool in the fight against poverty.

I am writing to you about a young man and an alumnus of your school. His name is Njoroge Kariuki. Are you familiar with his case? Please allow me to refresh your memory.

Njoroge Kariuki comes from a village of Nanyuki, in the constituency of Laikipia East. He studied at Likii Primary School, a public school within Nanyuki. He comes from a very poor family. But his family’s challenges only made him work harder in an attempt to write a different life story on himself. Sitting for KCPE he scored 372 out of 500 points. Very impressive from a village boy in a village school. This is how he got his job at Lenana School.

The trip to Lenana School was not going to take place. His parents were on the verge of giving up when the Member of Parliament for Laikipia East Hon. Mutahi Kimaru offered him a scholarship through a scholarship program he was championing at the time. He managed to join Form One at your school. It was early 2017. The second term was a challenge, but the MP’s office issued a letter of commitment that the school accepted and he was allowed to enter the classroom.

The member for Laikipia East seated could not recover his seat and instead the Hon. Deddy was elected. This is where the young man’s scholarship opportunity crashed.

In the second term of Form 2, the young man was sent home for school fees. He ended up staying at home for an entire term because he couldn’t raise the money. Towards the end of the term, his teacher called his parents and asked them to speak to you, Mr. Principal, so that you could allow him to return to school. You were nice to him and he studied non-stop until he finished his fourth year earlier this year.

The hardworking boy did not disappoint. He scored a B + and got a place at the University of Maseno. He was due to join campus on September 20, nearly a month ago.

This is the reason why I am writing this letter sir.

Before joining the university, he is required to submit a copy of the KCSE results report card and a copy of the graduation certificate. Both were retained by your office first asking it to clear its back tuition fees from Kshs. 219,487.

When he requested a hearing at your office, he only received a letter to seek funds.

Sir, this is a young man who literally went to school with the support of his elementary teachers. These are the same teachers he consulted to ask for help in the hopes that he will make it to campus. Primary teachers only managed around 19,000 which they paid through the school’s PAYBILL. They too are tired. They almost give up.

Mr. Kemei, I am writing to you because I know you are a parent like me. I know you want the best for your children. Please don’t let this young man’s dreams die for the “sins” of his parents. The poverty of his parents should not come in his direction for what he desires. His candle goes out.

I am an actor in the education sector. I defend education for all, regardless of social stratification. Our foundation has sponsored hundreds of desperately needy students across the country. From what I have experienced in my interactions with everyone, Sir, I know that the schools are depleted of resources.

I believe that the student like any other is supposed to pay the tuition fees. But what if it has reached its end? Maybe allow him to continue his studies in the hope that one day he will come back in the clear? He may even consider paying for a few others who are struggling like him.

Or you might consider challenging a few old boys in your school to help him out. I know old boy networks are powerful. The old boys from Lenana school could also make way for Mr. Njoroge.

Please sir, allow the young man to join the university. Allow him to continue his education.

In fact, he is bound to increase the Kshs. 50,000 to be able to join the university and secure a laptop for online learning. It is money that he will again depend on supporters to be able to collect. But I believe in a God who works wonders. Mtoto atasoma.

I will be glad to hear your favorable response.