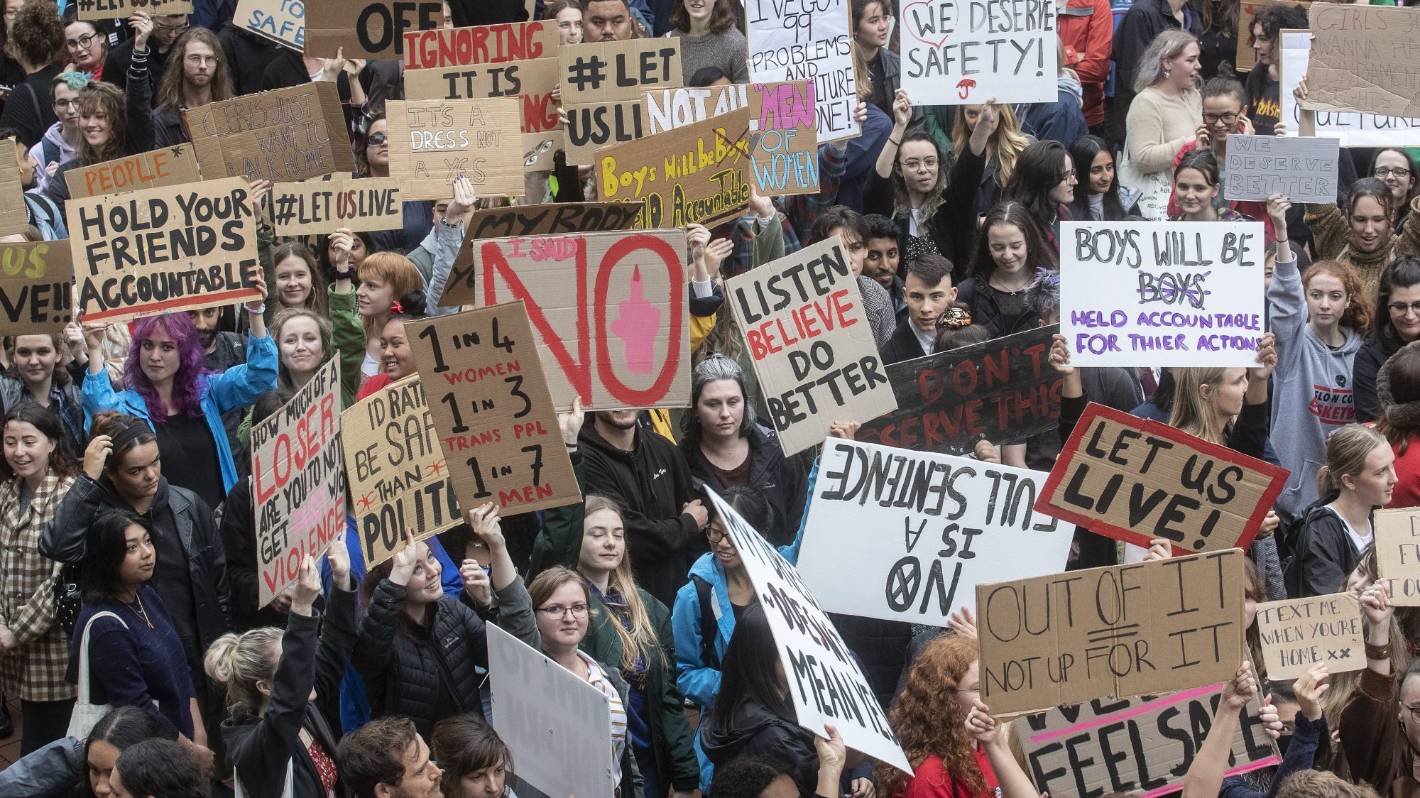 Wellington City Council is hoping to expand a downtown safety and crime project to include more partners.

PÅneke Promise was formed as a social contract in March in response to growing concerns from the public, hotel and retail sectors about an increase in crime, unrest and anti-social behavior, particularly around Te Aro Park and from Courtenay Place.

It will soon be formalized by a memorandum of understanding between the organizations involved, including the council, Greater Wellington Regional Council, police, Hospitality New Zealand, restaurant and bar owners, retailers, First Retail Group, the chamber of Commerce and the City of Wellington Mission.

In May, $ 7.7 million was budgeted over three years to improve the city’s security, as part of PÅneke Promise.

At the council’s social, cultural and economic commission on Thursday, Aleisha Amohia, who represented the Wellington branch of the National Council for Women and the Wellington Alliance Against Sexual Violence, said a separate strategy was needed to address violence sexual.

City Councilor Tamatha Paul, who also holds the city’s security portfolio, said work needed to be done to determine how PÅneke Promise would tackle the issue of sexual violence.

â€œThere are a lot of different ways to tackle sexual violence, education, enforcement, regulation, but I don’t think we’ve understood what our theory of change is and how we’re going to work with organizations, education and higher education institutions, to tackle the problem at its root.

â€œEverything is at the level of the surface for the moment. It is not about addressing the root cause of sexual violence and what is preventing it from happening, â€she said.

In March, hundreds of people came to Courtenay Place to rally against sexual violence and in April, a poll of more than 2,800 people was presented to the board by the Wellington Alliance Against Sexual Violence, in which 44% of people interviewed said they had suffered sexual violence. aggression.

The committee agreed to contact higher education institutions, student associations, the Downtown Community Department, the City Mission, Take 10, the District Health Council, the Housing Department and of Urban Development, KÄinga Ora and the Department of Social Development to get involved in PÅneke’s promise. .

â€œThe more PÅneke Promise can grow with each sector, the stronger it will be,â€ said Mayor Andy Foster.

A series of initiatives within the framework of the project are underway, in particular the relocation of the sanitary block of the Te Aro park. A September 2020 report found that antisocial behavior was occurring in the park every hour of every day.

The toilets were identified as unacceptable for iwi, due to the importance of the region’s history as pÄ and the Waimapihi stream that runs under the park. The toilets also mask sight lines in the park.

A new prime location for the move, which is expected to take place within 18 months, has been identified at the corner of Taranaki Street and Inglewood Square, but further investigation into the suitability of the site is underway.

A new website being developed by the council will use real-time data and maps developed in geographic information systems to provide the public with the ability to see what initiatives are underway and where.

It will also provide an interactive feature where members of the public can submit information and identify areas of the city where they feel unsafe.

Since opening in April, Te WÄhi Ä€whina, a council-run community support base across from Te Aro Park, has been visited by nearly 300 people requesting services or advice, ranging from accommodation requests to emergency, housing, food aid, psychosocial support, and personal benefits.

A new community center is also slated to open on Manners St in October.

A deep cleaning trial to improve the appearance of several downtown streets is also underway, along with improvements to the lighting of Courtenay Square, with 78 street lights needing upgrades.

We are not a compassionate society – Chico Enterprise-Record